On to Friday. Mark and I set up the perfect architectural tour day. Although the plan deviated a bit, we really enjoyed the day.

We ate breakfast at the Artist's Cafe which is on S. Michigan. It was delicious! I had a mad craving for pancakes and I got my fix. We hustled a bit because we had to catch the boat for our architectural river tour. On the tour, we learned a little bit about the buildings and the city's history. For example, this building has it's own zip code: 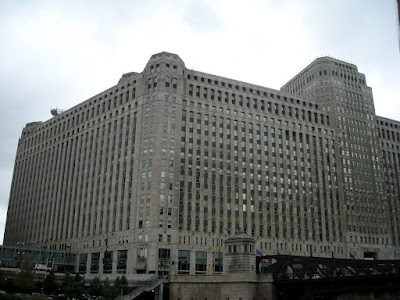 Al Capone used to dine in the restaurant on the spire of this building: 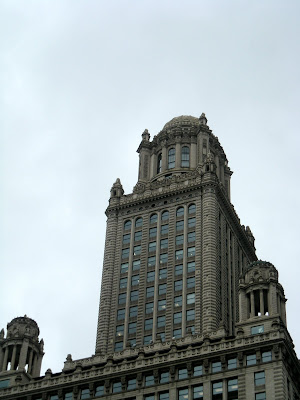 Did you know: They reversed the flow of the river in Chicago? The river was the sewage system for the city at the time but it flowed into Lake Michigan, which was their source of drinking water. Some 30% of the population died from drinking tainted drinking water so Chicago dug the river deeper and wider causing the river to flow the opposite direction and into St. Louis. St. Louis sued Chicago in federal court but lost.

Next we went to the John Hancock building (we heard it had a better view of the city and it was true). Here is the view. They even let me wash the windows for them! As you can imagine, it was quite nerve wrecking to be that high in the air... 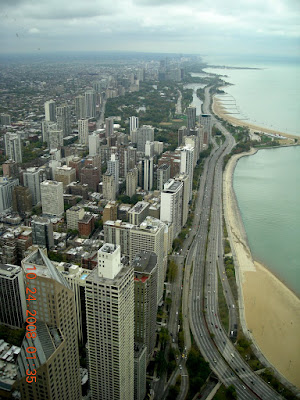 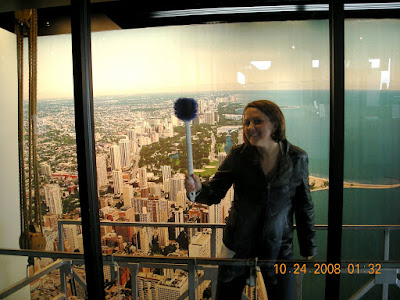 On our way to catch the train for what was supposed to be our next adventure (Frank Lloyd Wright's home), we stopped to eat a Chicago Hot Dog. What makes a Chicago dog different from another? A bun covered in poppy seeds, mustard (NEVER ketchup), neon green relish, a tomato slice, a dill pickle (inside the bun)...I think that's it. Anyway, I liked it. Mark hated it. What can you do?

We didn't get to go to Mr. Wright's house. The last tour started at 3 p.m. and we didn't get to the train until 2:30. Ooops! No worries. We went to the Sears Tower instead.

Interesting history but overall rather anti-climactic. Here are the pictures. 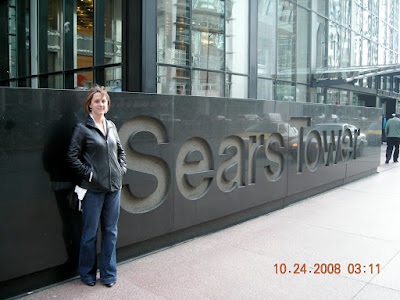 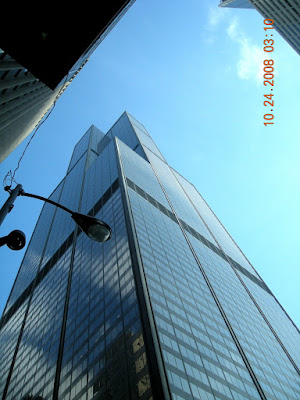 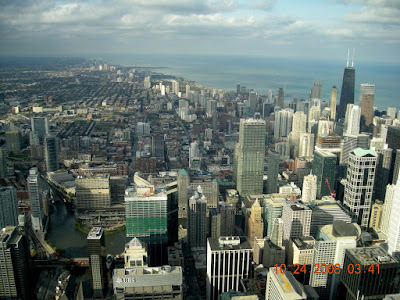 The rest of the evening was spent wandering around the city and stopping into interesting bars/restaurants which consisted of mainly Irish Pubs. We did happened to find a place where they played beerpong at the bar! I think TABC would have fit if we did that here but it was pretty fun to watch.