**I'm sure there are so many typos in this post. I'm in such a hurry to get this post up and I'm really pressed for time with two kids these days. So forgive me for the lack of attention to detail.**

I want to document our trip before I forget so many details. So the next few posts will be about the trip that Mark and I took to Europe January 14-21st. 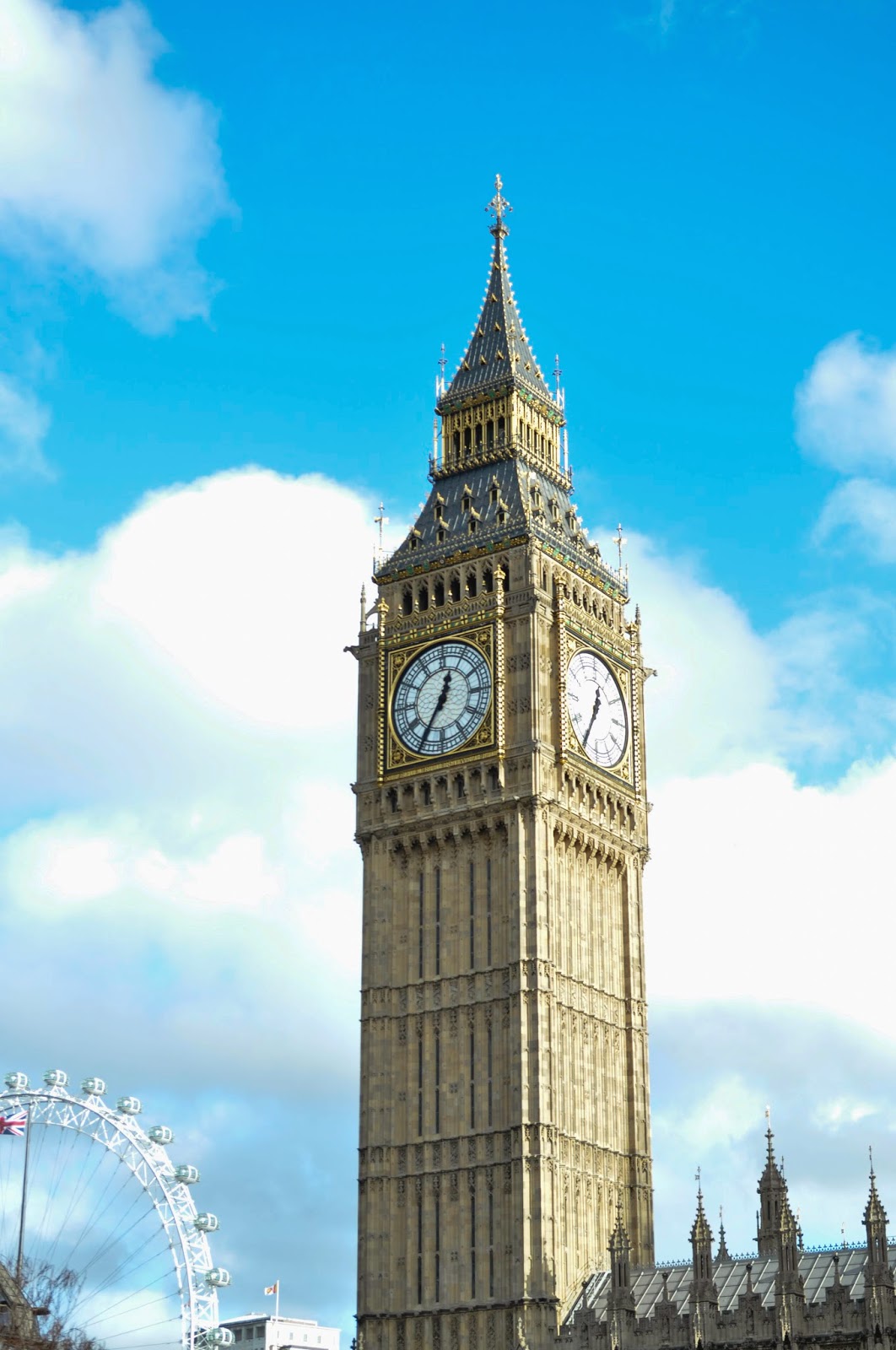 Mark was scheduled to go to Dublin, Ireland and London, England for work in January. Because he would already be over there, we decided to book a ticket for me to meet him after his work was finished. His work was complete on January 14th. I flew out on January 14th on an overnight flight to meet him on Wednesday January 15th. I flew into London, England on Wednesday morning and took the train from the airport to Paddington Station.

From Paddington, I hopped a taxi to our hotel which was completely unnecessary since our hotel was in walking distance. I didn't know that and the cab driver was unsure of our where our hotel was, too. Live and learn. Mark met me at the hotel...he had to switch hotels when we was finished with his work portion of the trip.


We stayed at a Days Inn for 49 Pounds a night. It wasn't too bad either. I mean it wasn't the Ritz, but it was clean, warm and had a private bathroom which is the kicker in Europe.

The first day in London we just roamed around and tried to see all the big sights. We knew with only two days in each city that we wouldn't have enough time to do a lot. We wanted a taste of each city (London, Paris & Amsterdam).
The second day we took a tour of London on a double-decker, red bus. I had a great time seeing the city and we learned a little, but I think the tour could have given a little more information. It wasn't as thorough as Chicago's river tour. Although to be fair, London has hundreds of years more history to share than Chicago. In that respect, I'm sure those tours are very difficult to put together.

The highlight of London for me was Big Ben/The Palace of Westminster and the Tower of London. For the record, I do think that seeing the Crown Jewels (which are housed at the Tower of London) is overrated. There was no wait to see them since we went in the off-season. But, if I stood in line for any length of time to see some gold and a few crowns...I would have been a little upset with myself for wasting valuable time. I don't want that to sound disrespectful to any British folks and I'm sure it does. I'm sure there are things they feel the same about here...maybe the Liberty Bell or the Declaration of Independence. I will say that I've never seen jewels as large as the ones on the crown. I'm sure I never will, again. So there is that.

Buckingham palace wasn't too impressive either. (I mean look up Kinsington Palace or Windsor Castle and you can see what I mean). Compared to those places, it looks like a grey box. That being said, I didn't see the inside and I'm sure (like a lot of things in Europe...like, Notre Dame...more on that later) that it is breathtaking.


Thankfully, there isn't much of a language barrier in England. I think the only confusion we had was regarding restrooms. They call them toilets (we never heard anyone call them a "loo") everywhere we went in Europe. I think 'toilet' sounds kind of gross. (I know that's my own hangup and kind of odd). 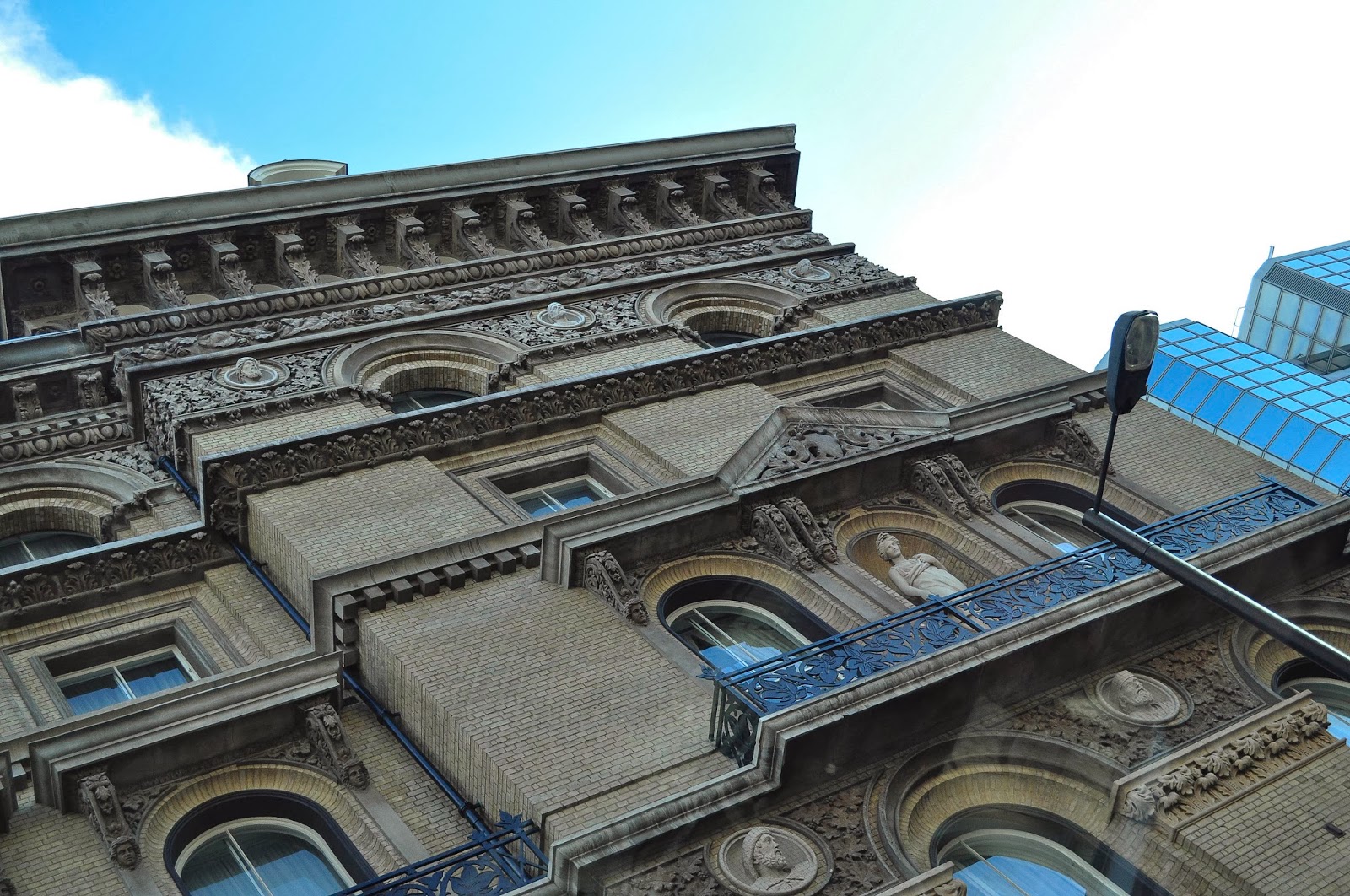 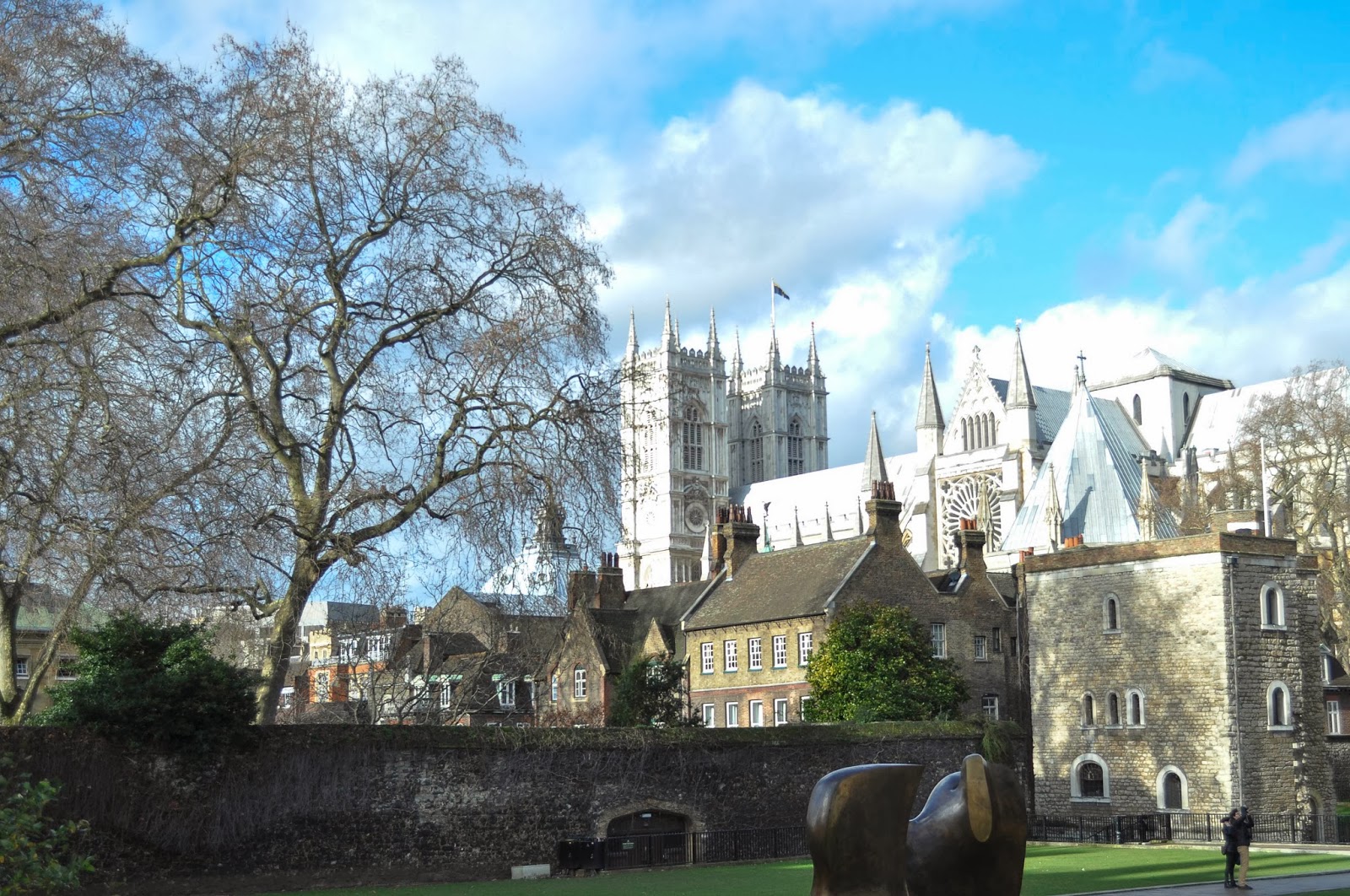 It was difficult to cross the street. I was continually looking the wrong way, but they do have the direction to look painted on most cross walks so that helped. About the time I got used to looking the correct way for oncoming traffic, we left for Paris. They drive on the same side of the road as the USA so traffic was coming from the way we were accustomed. 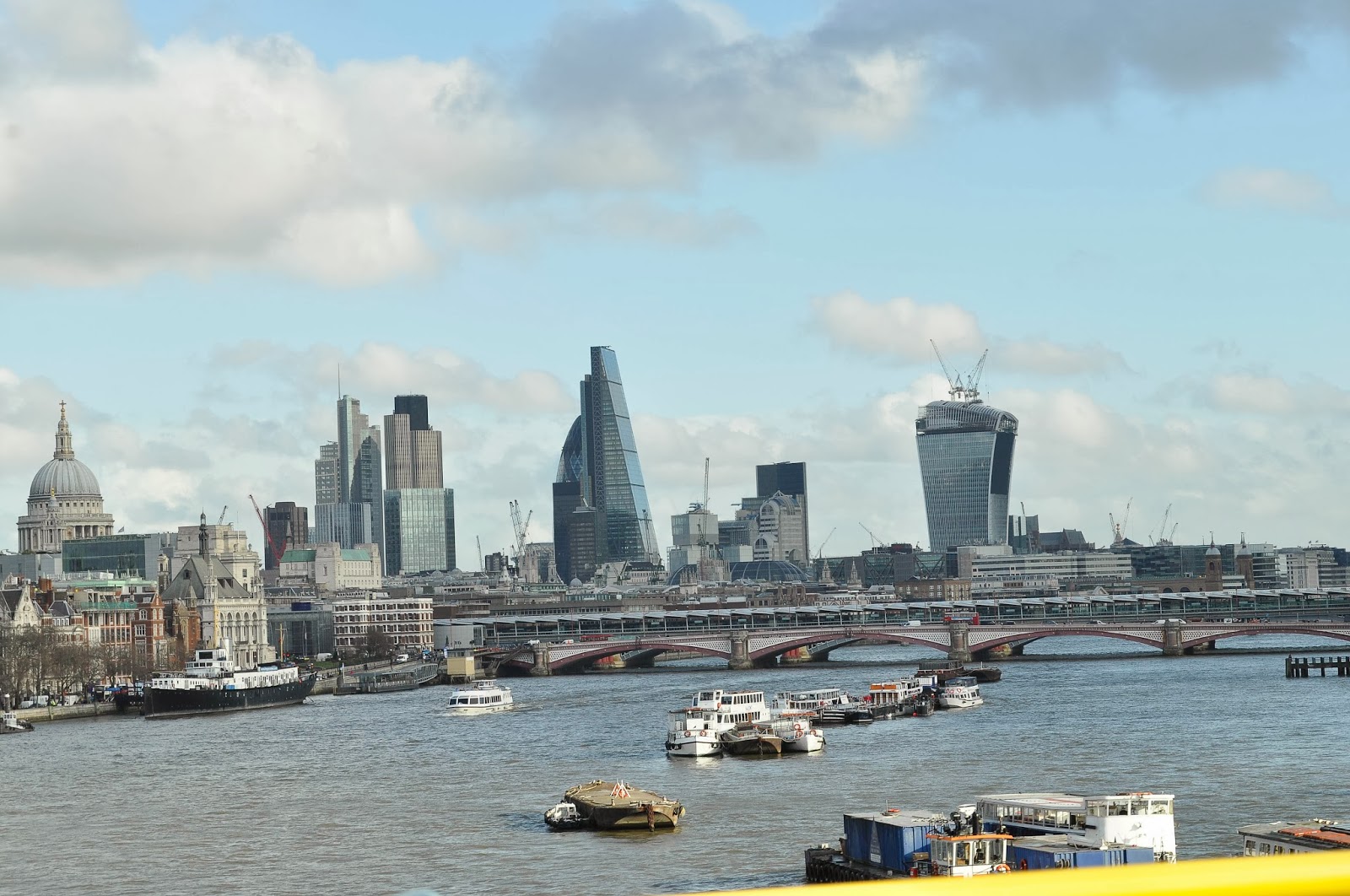 The following pictures are all of the Tower of London. Probably the oldest thing we saw. Parts of it date back to 1078 and William the Conqueror. We tried to take a tour with a Beefeater, but he was a bit obnoxious and we had a hard time understanding him. We left his company and took our own tour. We were able to see the Bloody Tower that housed Anne Boleyn among others. We saw the Crown Jewels. We saw a tree that was used to hang hundreds of "traitors to the crown". We also heard the story of the murder of the two princes. Basically a lot of very dark, fascinating history. 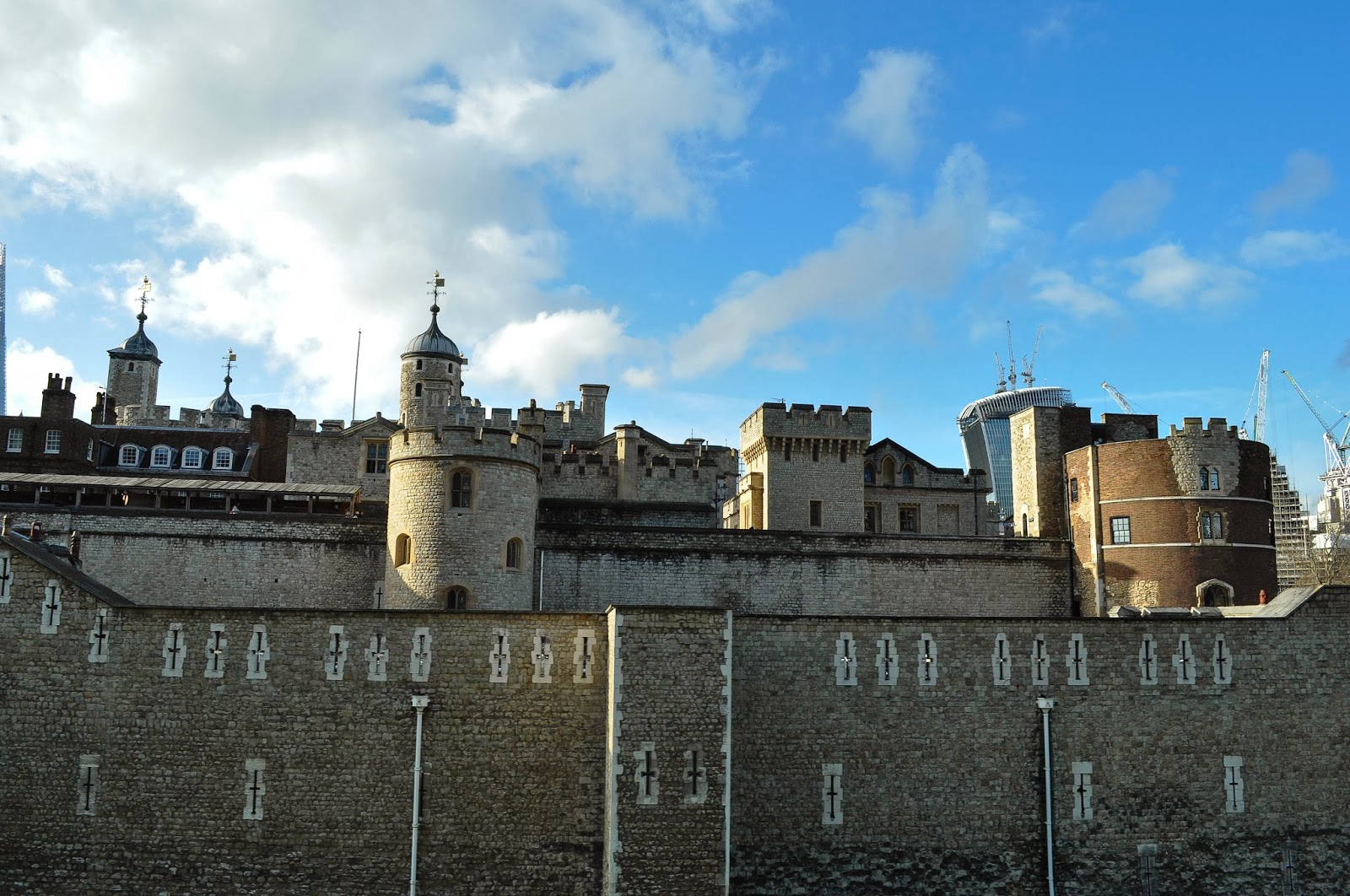 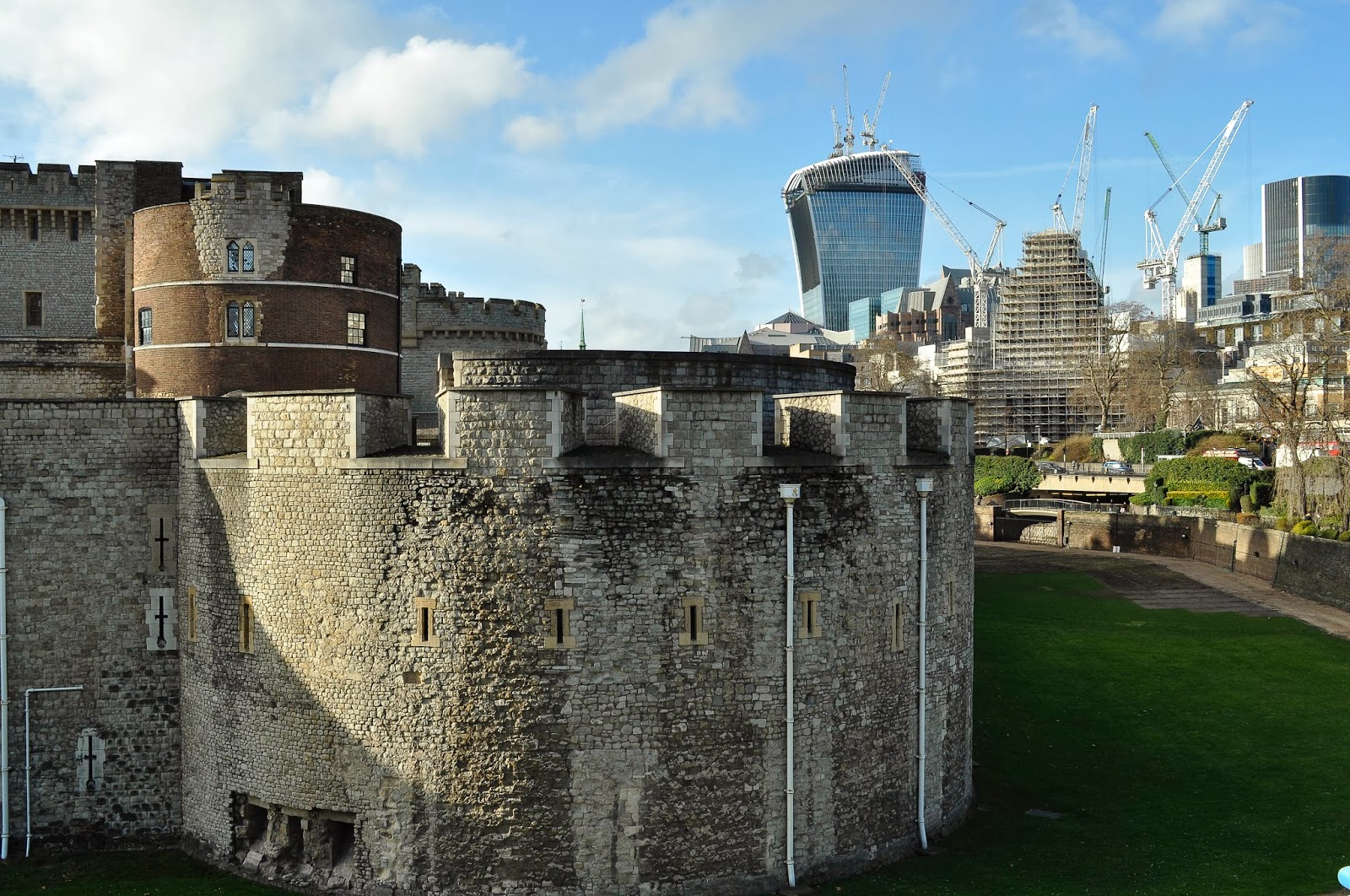 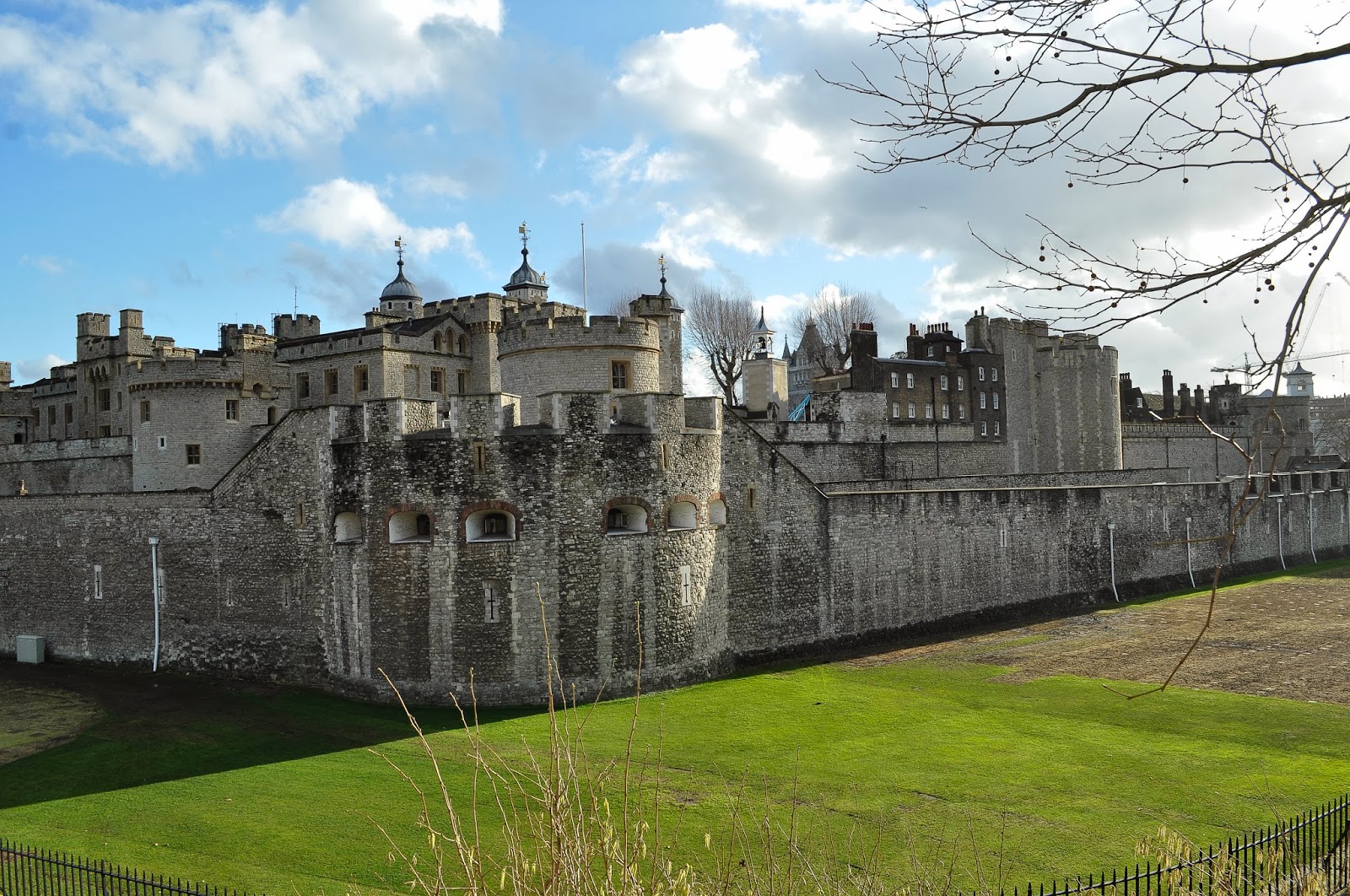 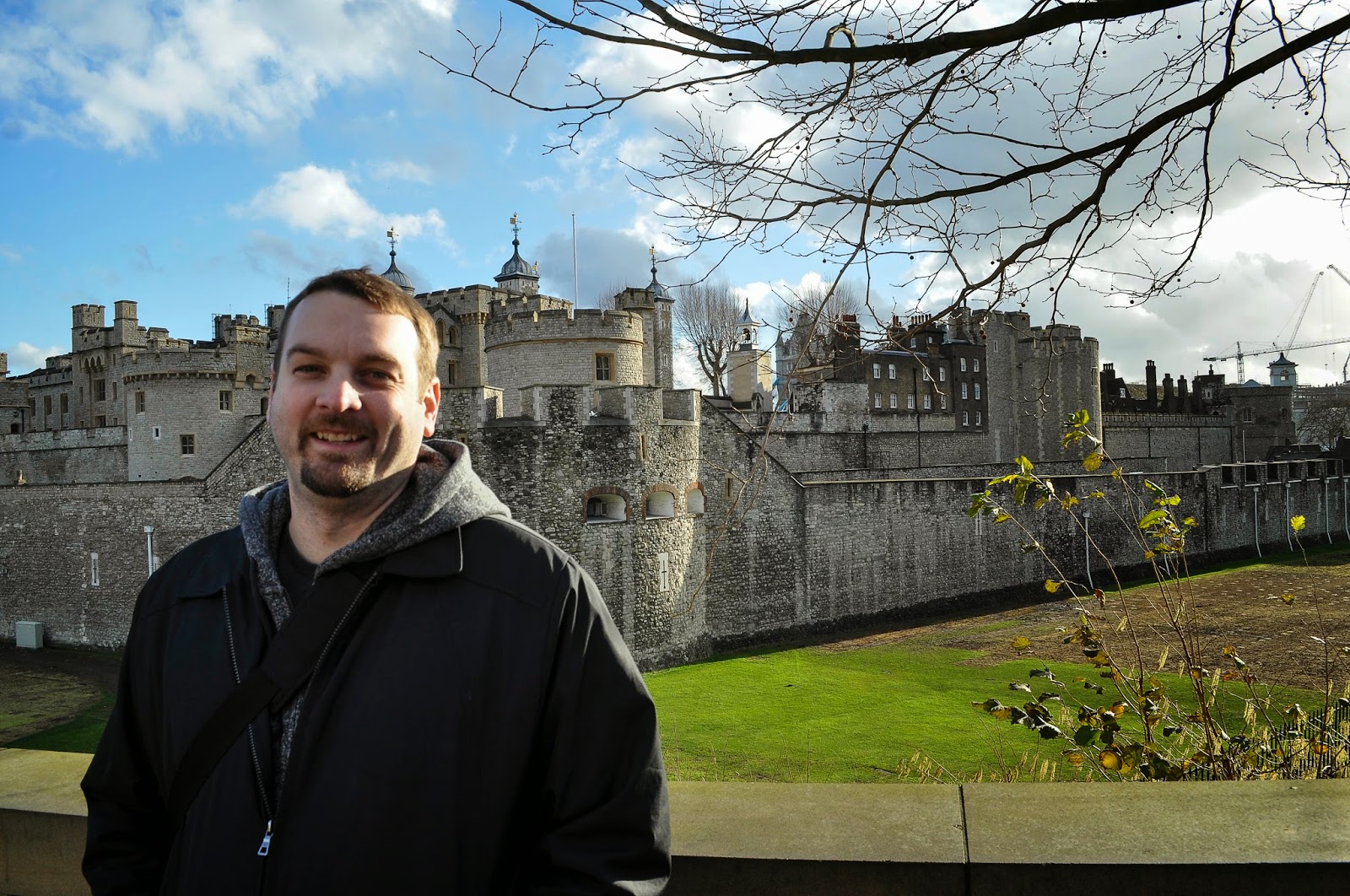 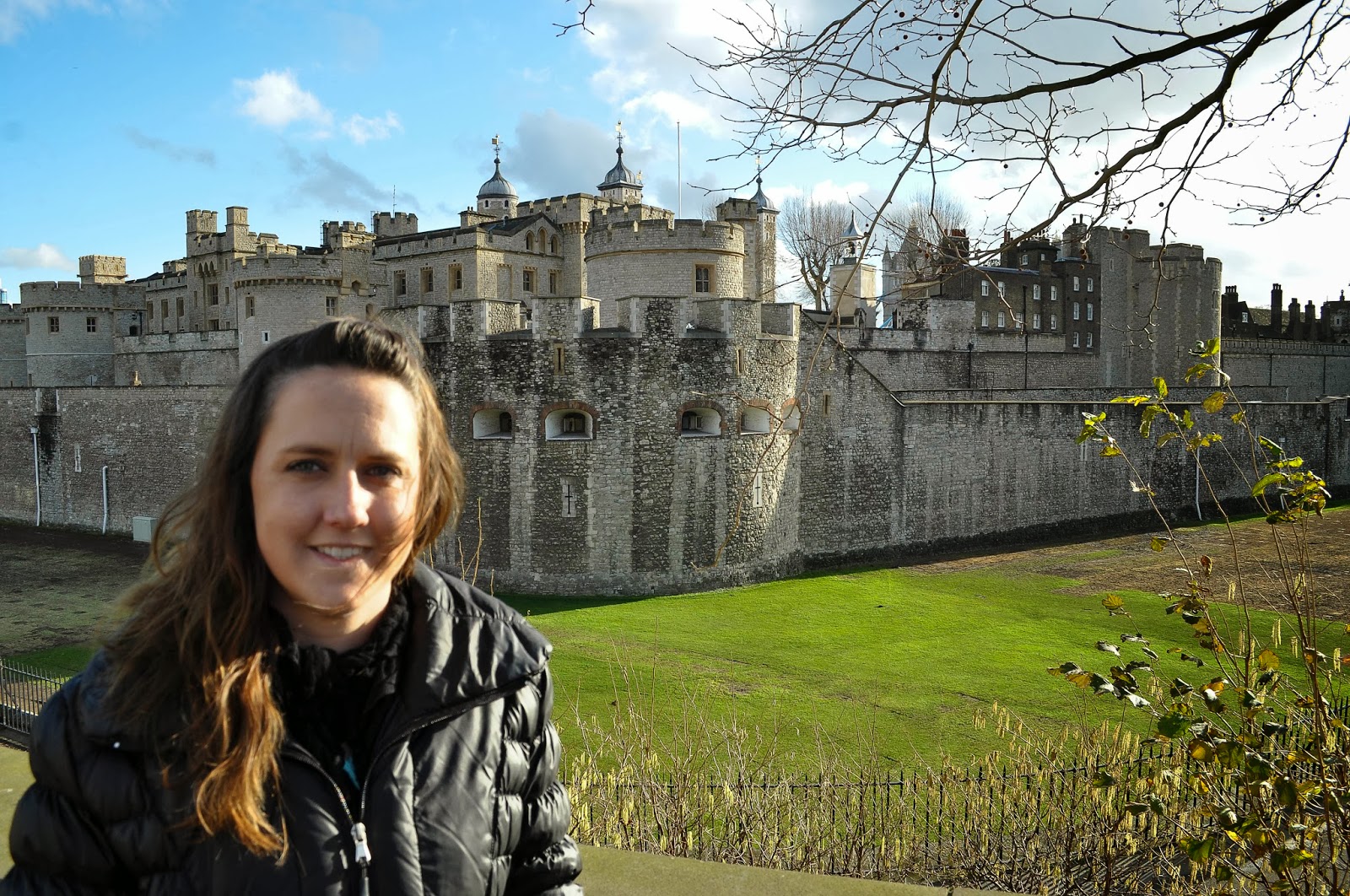 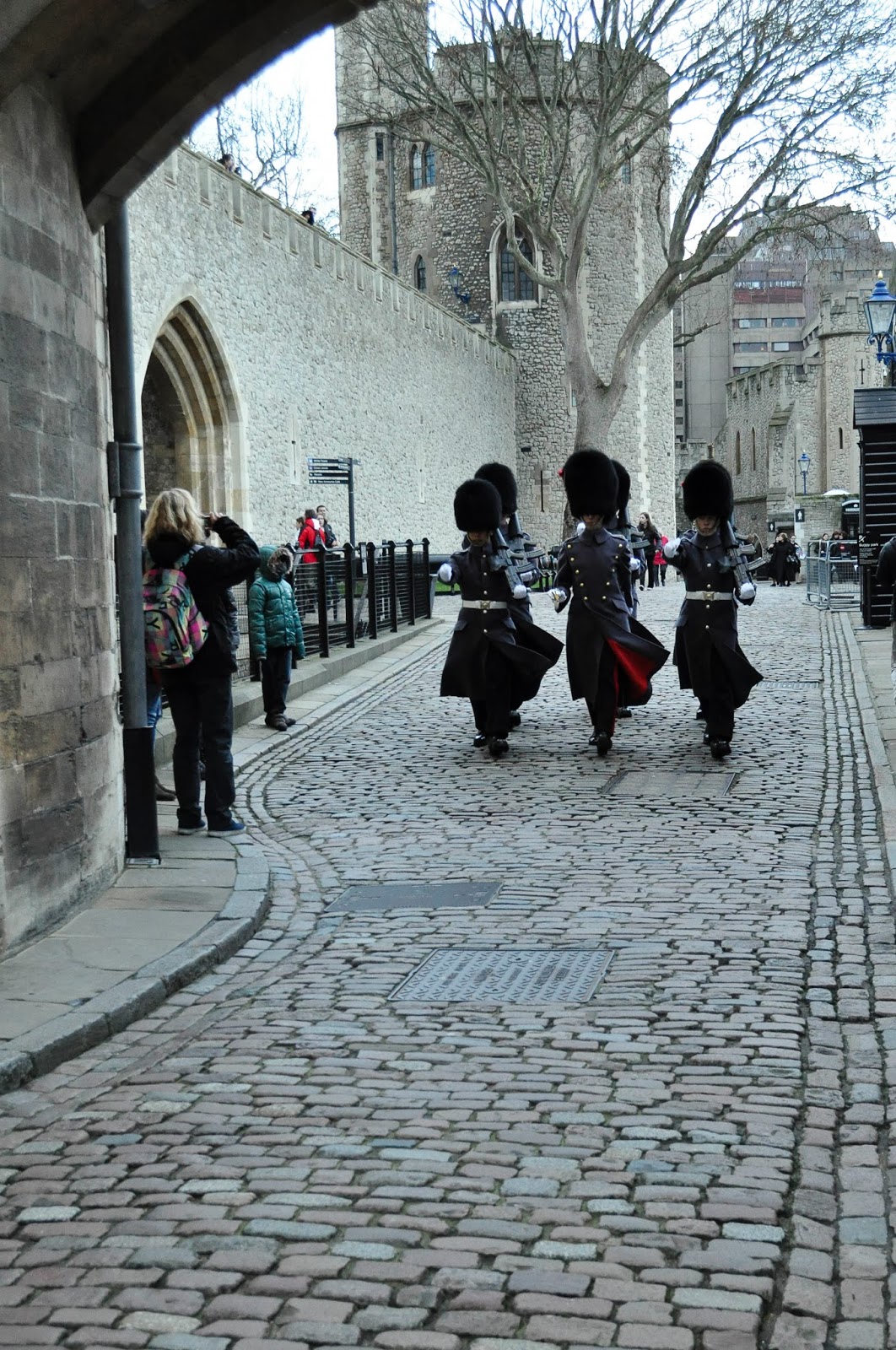 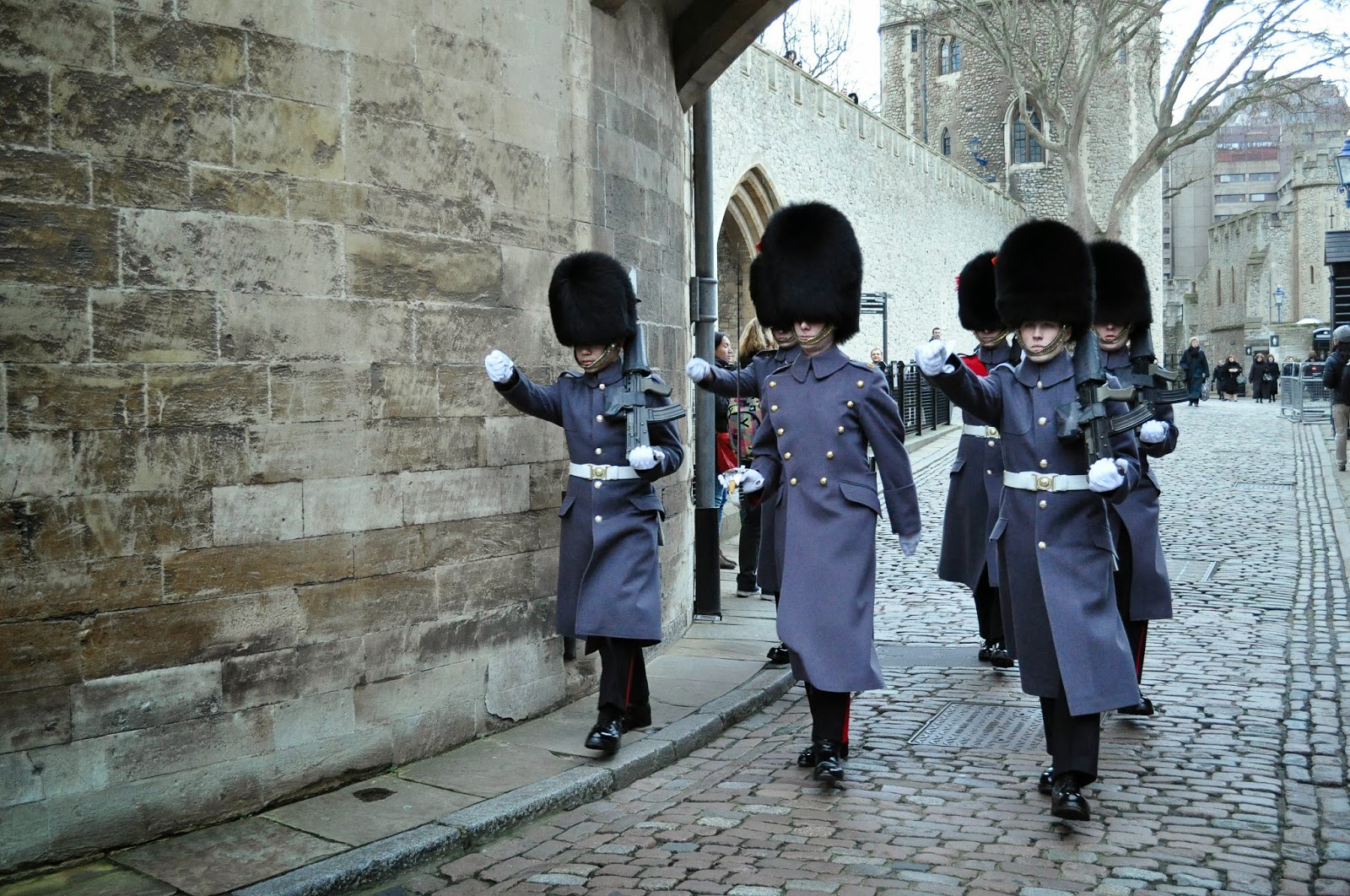 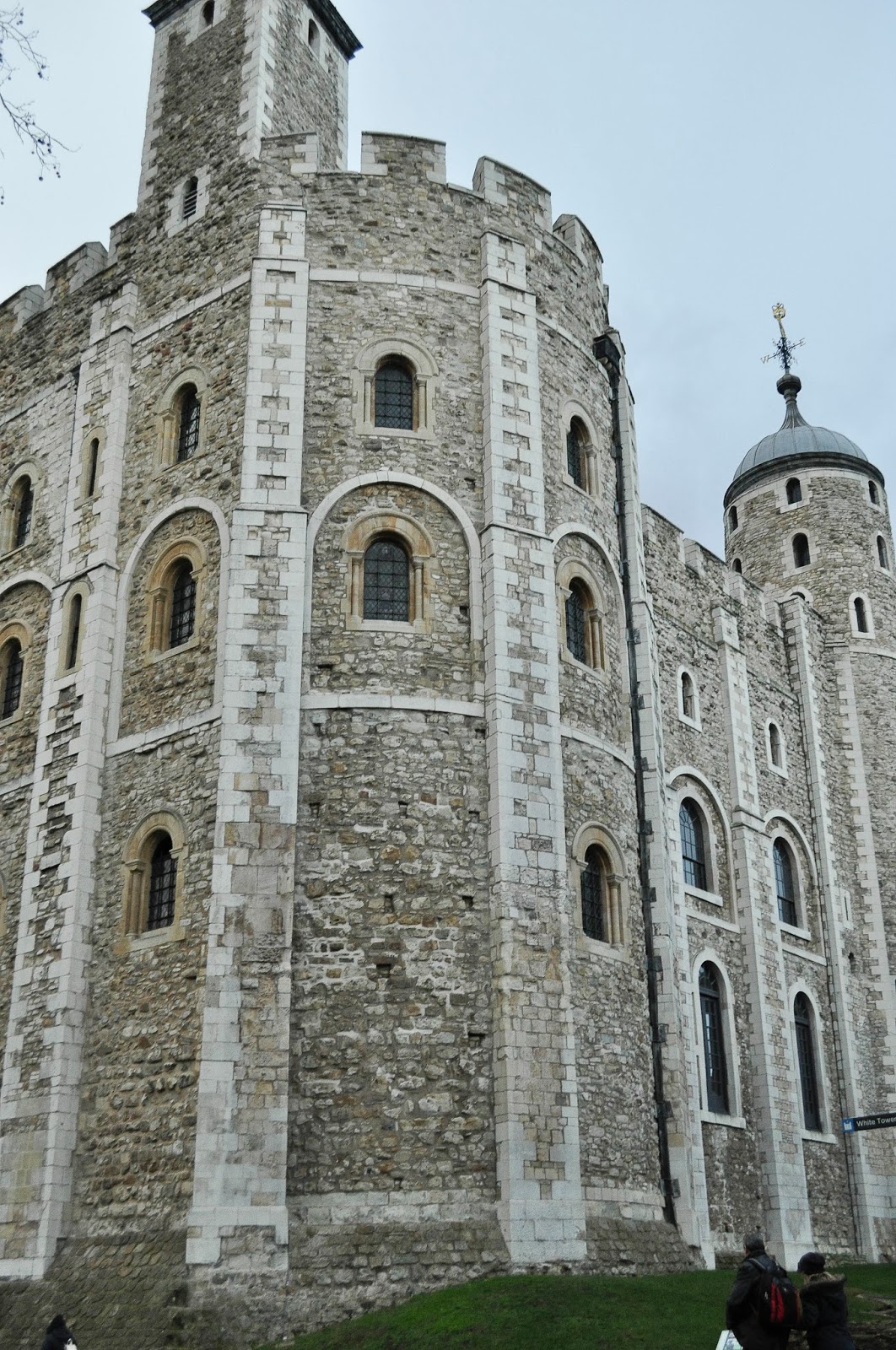