After two days in London, we were off to Paris. We opted for a train ride on the Eurostar. We wanted to see countryside and travel on a train.

The next few pictures are of the Eiffel Tower. I can't believe how much I loved that structure. I really thought it would be over-rated and so cliche. In fact, Mark and I drank a bottle of wine and ate some macaroons on a park bench in front of the tower on our last night in Paris.

I read somewhere; although, I can't cite the source that the Eiffel Tower only took two years to build. The tallest structure before that was the Washington Monument and it took 30 years to complete. How is that for a feat of engineering? 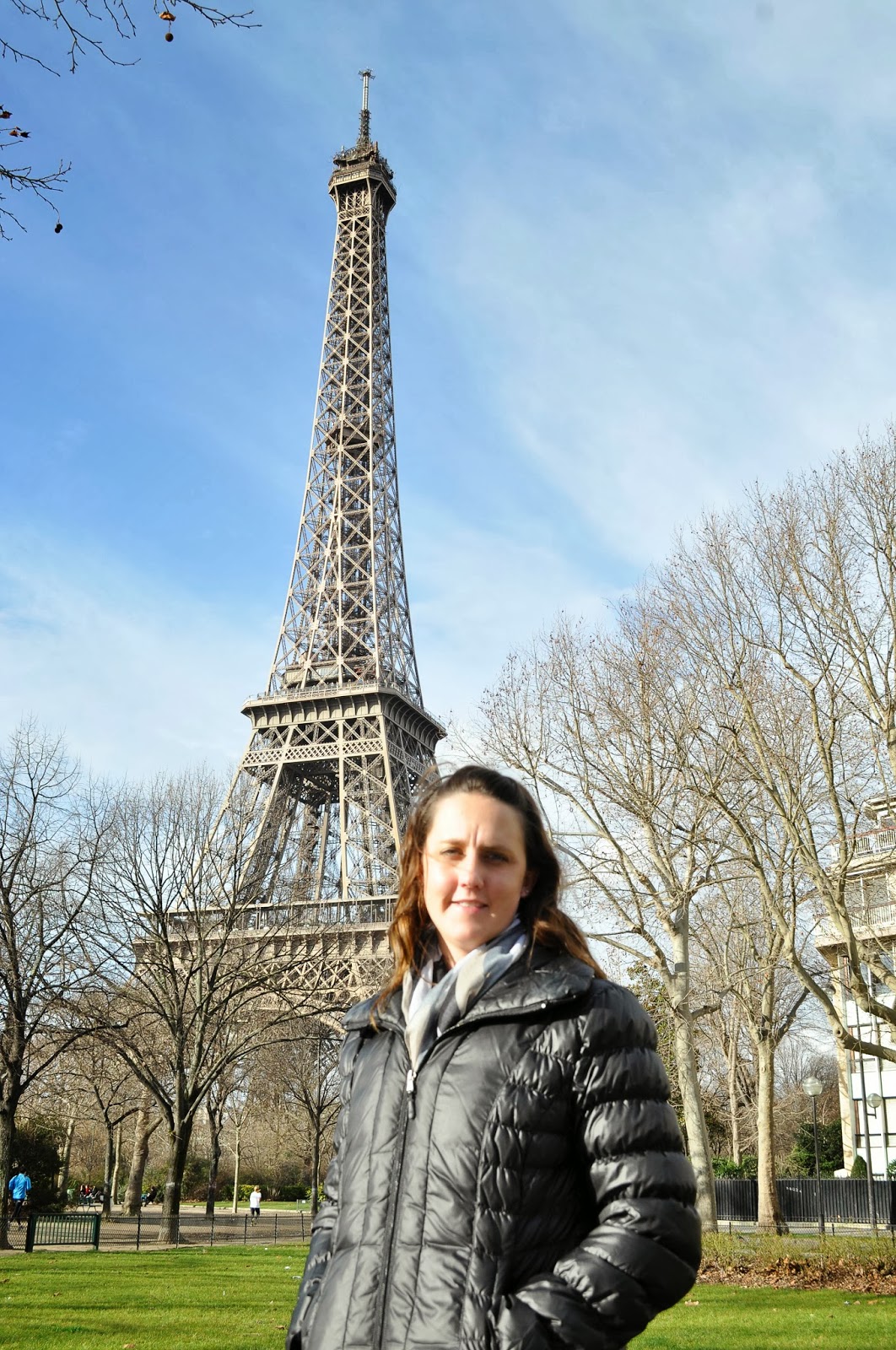 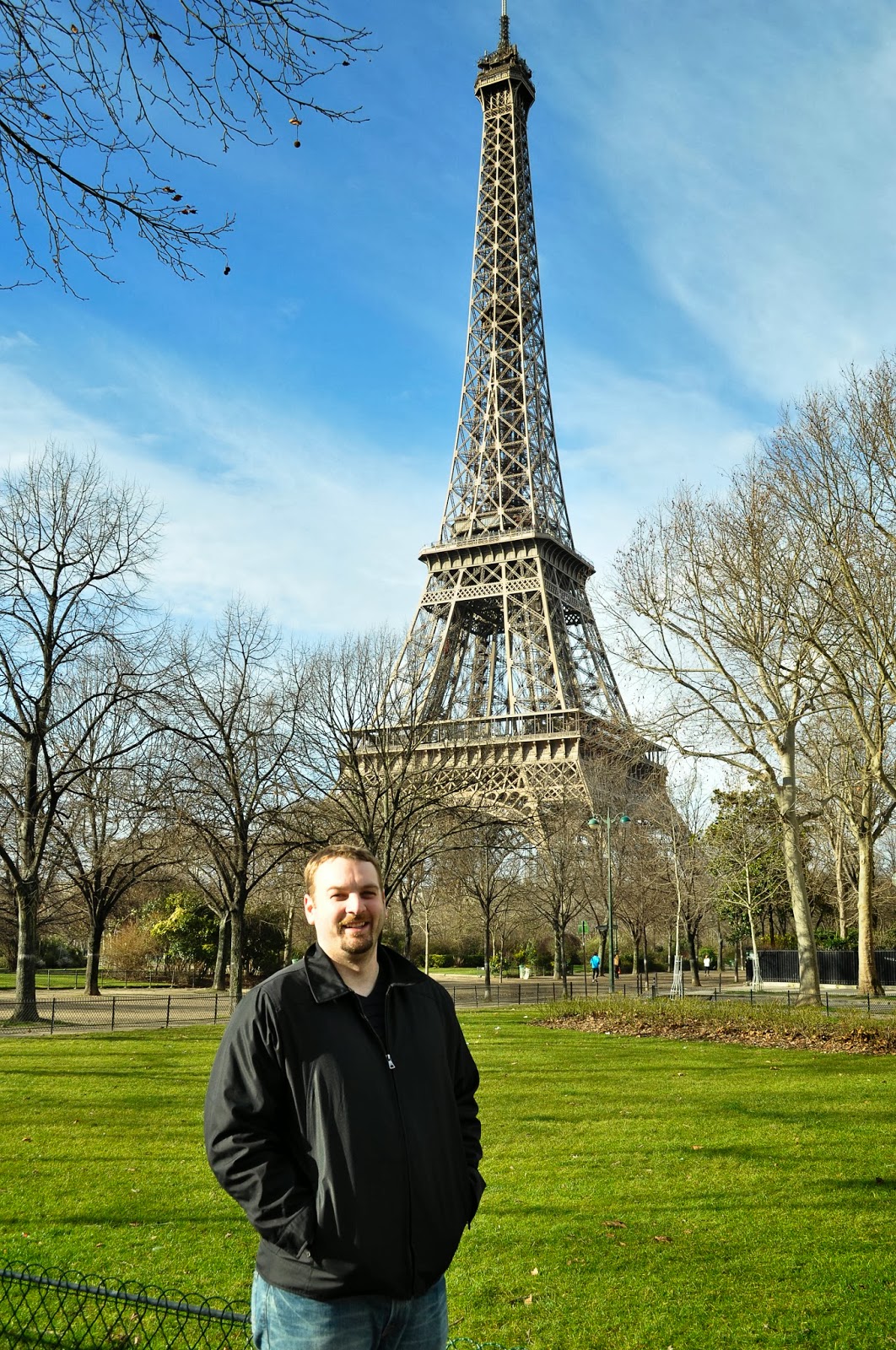 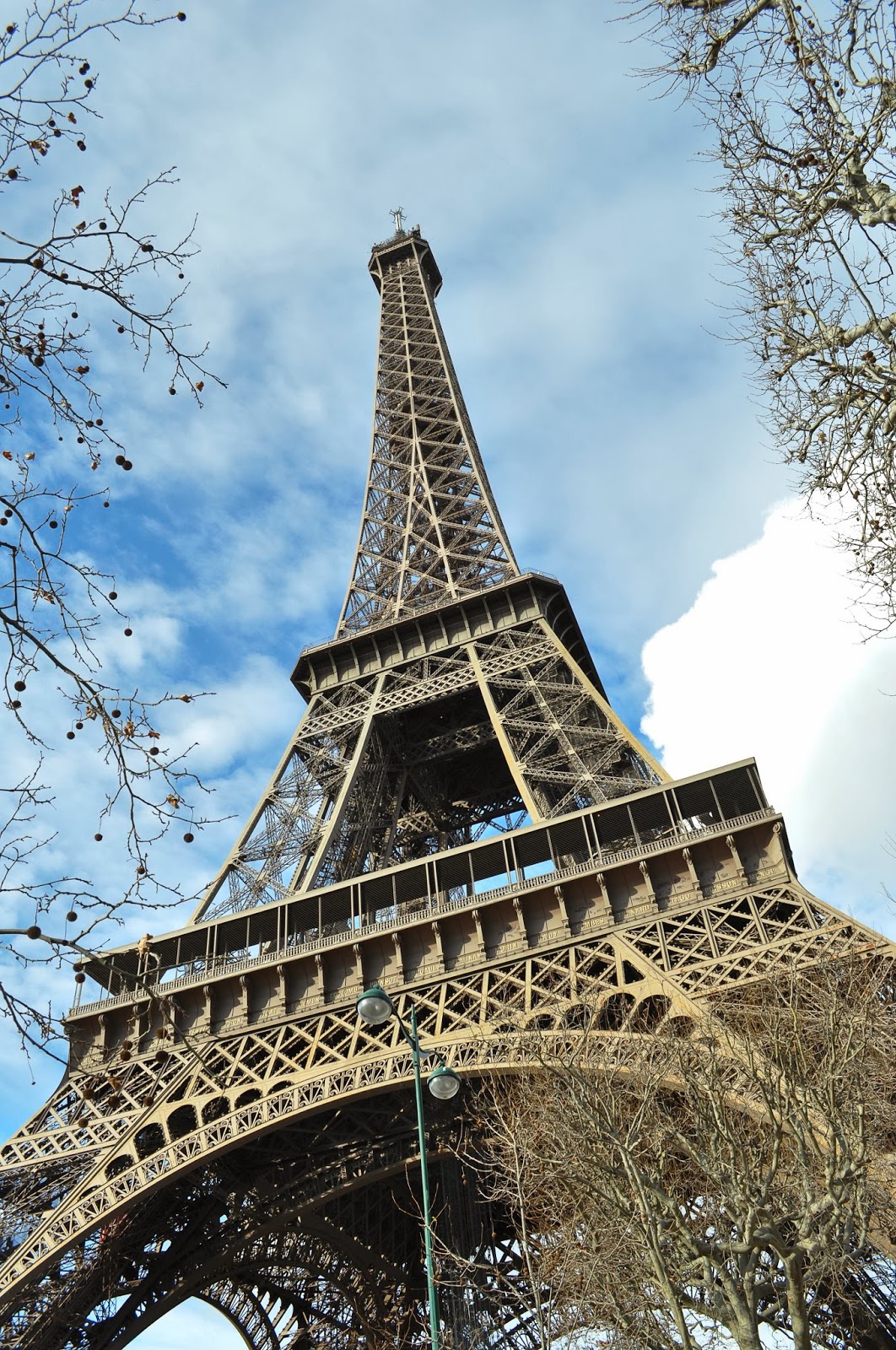 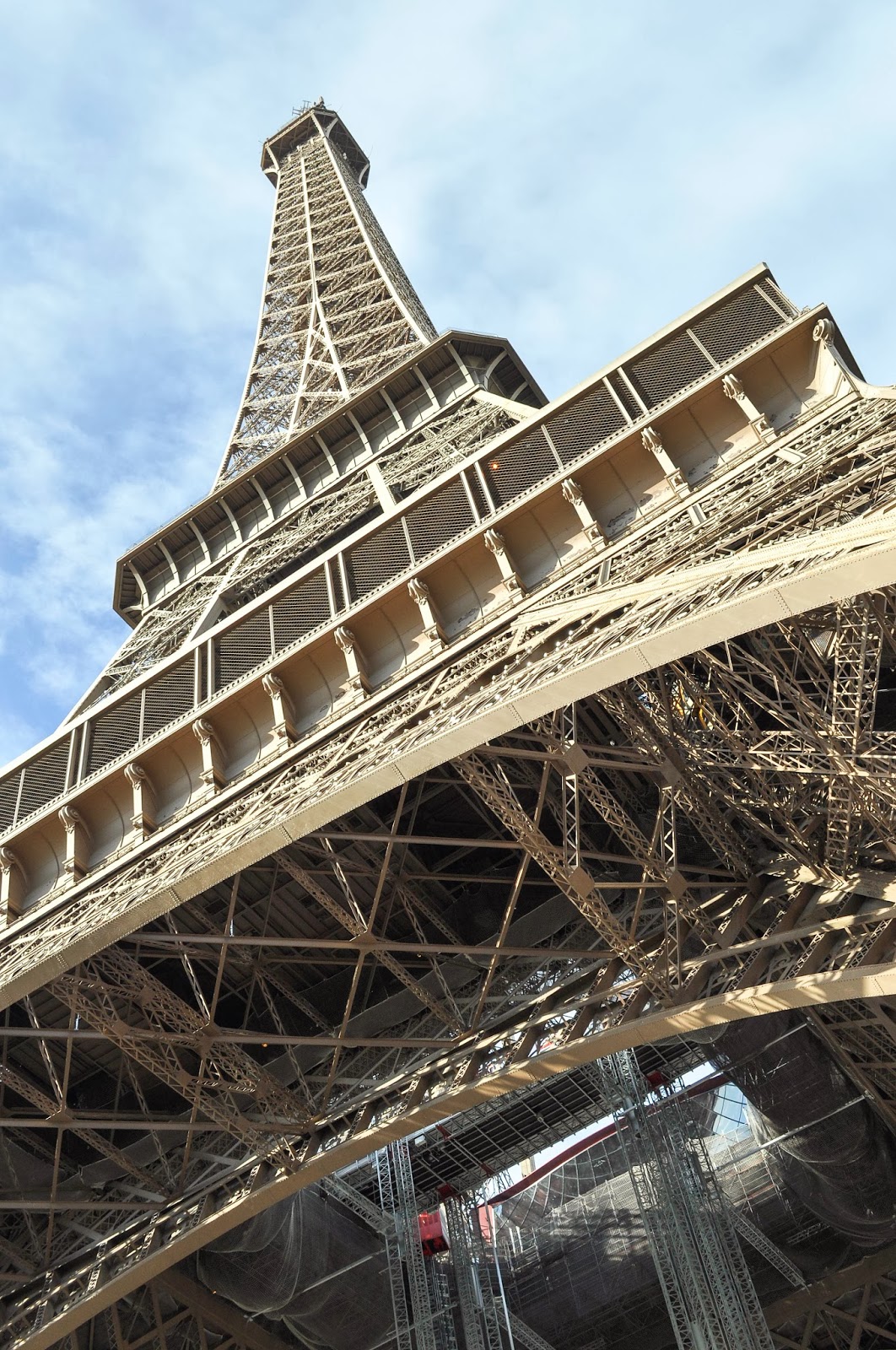 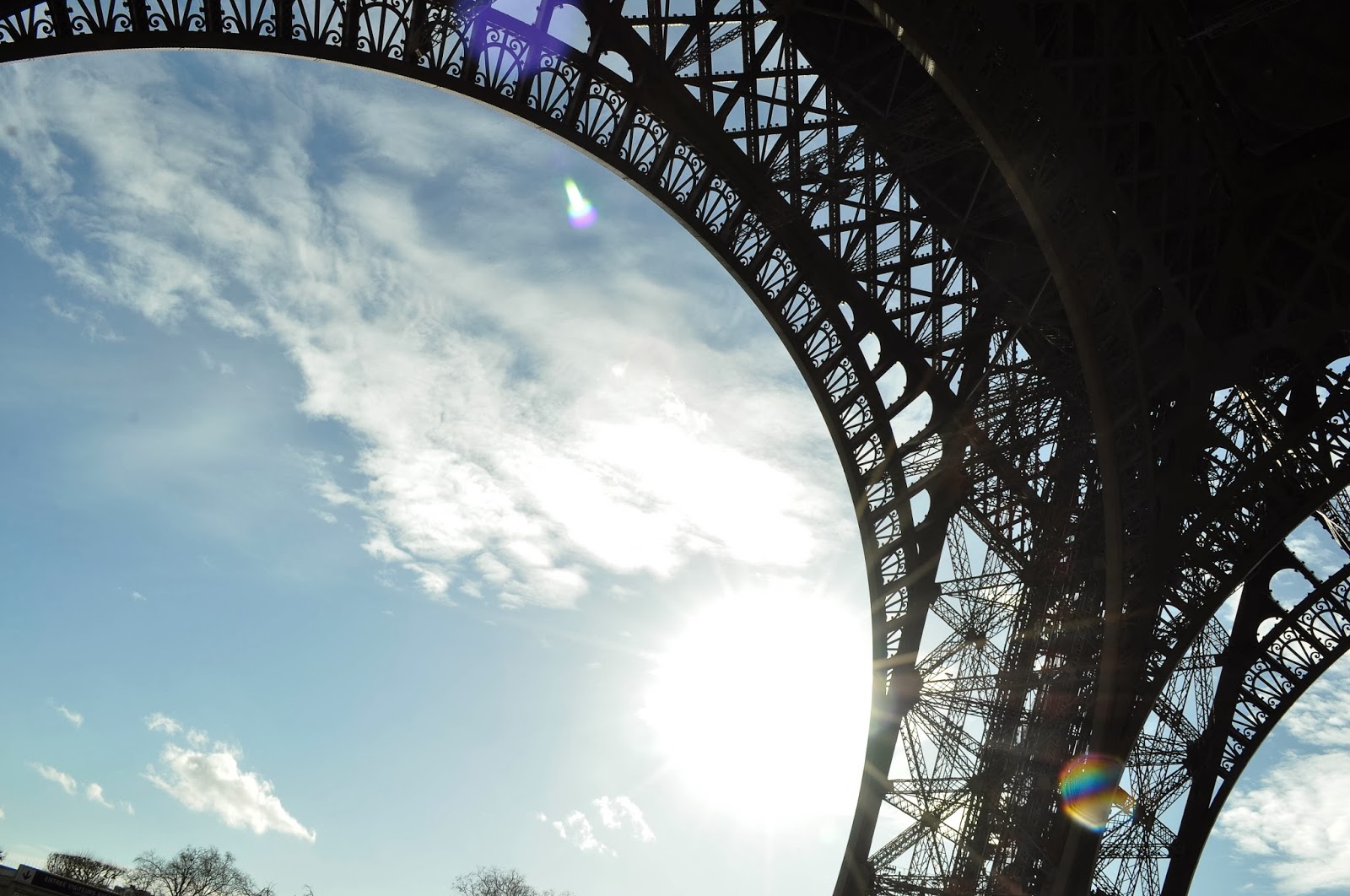 We spent most of our time strolling around the streets of Paris. I haven't looked at a map since we returned, but I suspect we didn't make it very far. We didn't even make it to Montmartre where we would have been able to see the Moulin Rouge.


In Epcot's Paris pavilion, they have a French bakery where they serve cream puffs. This Paris Brest was the closest thing I could find and it was pretty close...and delicious. I would have gained 10 pounds in two days while we were in France if we hadn't been walking so much.


Everything was so much larger than I expected in France. Mark and I joked that whoever said everything is bigger in Texas has never been to France. For example, the Arc de Triomphe is so much larger in person than it looks in pictures. Just look at the picture below and you can see some people standing directly in front of the monument. See how small they are?


Directly across from the Eiffel Tower, was what we think was a military academy of some sort. The next two pictures are from those buildings. It looked like they had been sprayed with bullet holes and shrapnel. We assume it was from WWII. We also saw a picture of Hitler and the Nazis standing directly front of this building with the Tower in the background. It was kind of surreal to think that we were in the same city and country that had such an impact on history.

This brings me to my next set of pictures. The Army Museum (Musée de l'Armée). This is where Les Invalides (Napoleon's tomb) is located. We didn't see the entire museum. We focused mostly on WWI and WWII history. It was interesting, but there weren't many explanations written in English, so we missed a lot. It was really interesting to see the story of the invasion on the beaches of Normandy from another country's perspective. Here in the States we focus on our role in that invasion...of course...and I'm not saying that's wrong. But, when we were in this museum there wasn't a whole lot of attention paid to it. You have to think that's because it was such a small part of what France had actually experienced during the Nazi invasion. I don't think they were downplaying the significance of it, just trying to give all aspects of the war their attention. I also don't remember covering in my classes how many other countries played a role in Normandy. Canada, the UK, the Free French Forces (who I had never heard of ) were all there. According to Wikipedia,  "Polish forces also participated, as well as contingents from Belgium, Czechoslovakia, Greece, and the Netherlands." And that's not covering the air forces that were helping.

So while we were at the museum, we had to go see Napoleon's tomb. I mean really...how could you not?

Unlike the man himself, his tomb was huge! It was beautiful. As a disclaimer, he isn't the only person entombed here. There is a complete list on Wikipedia. 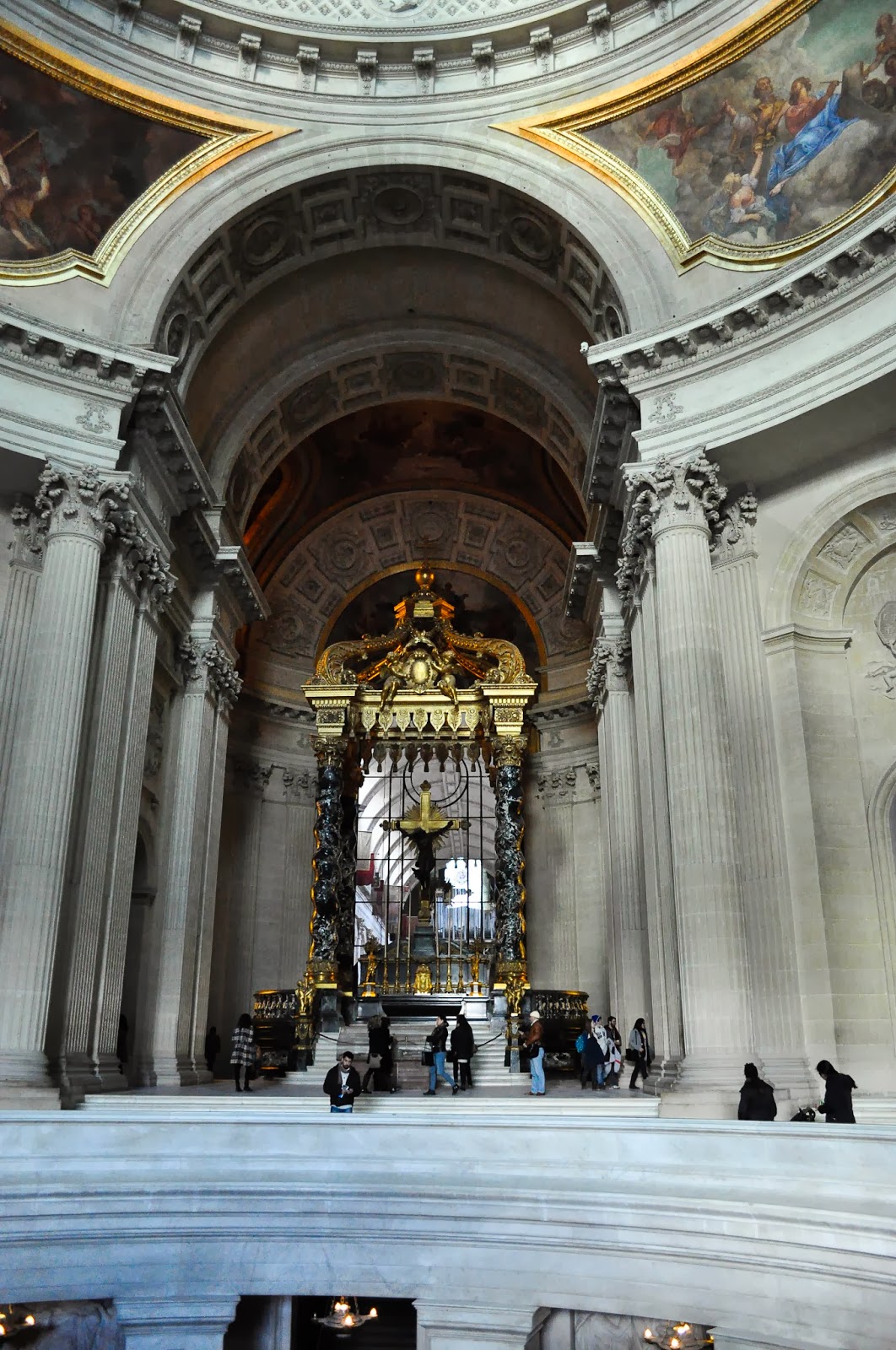 Here are some more pictures of the Arc. We didn't go to the top for viewing. I wanted to get my view from Paris on top of the Notre Dame, but we opted to do the second level of the Tower instead. 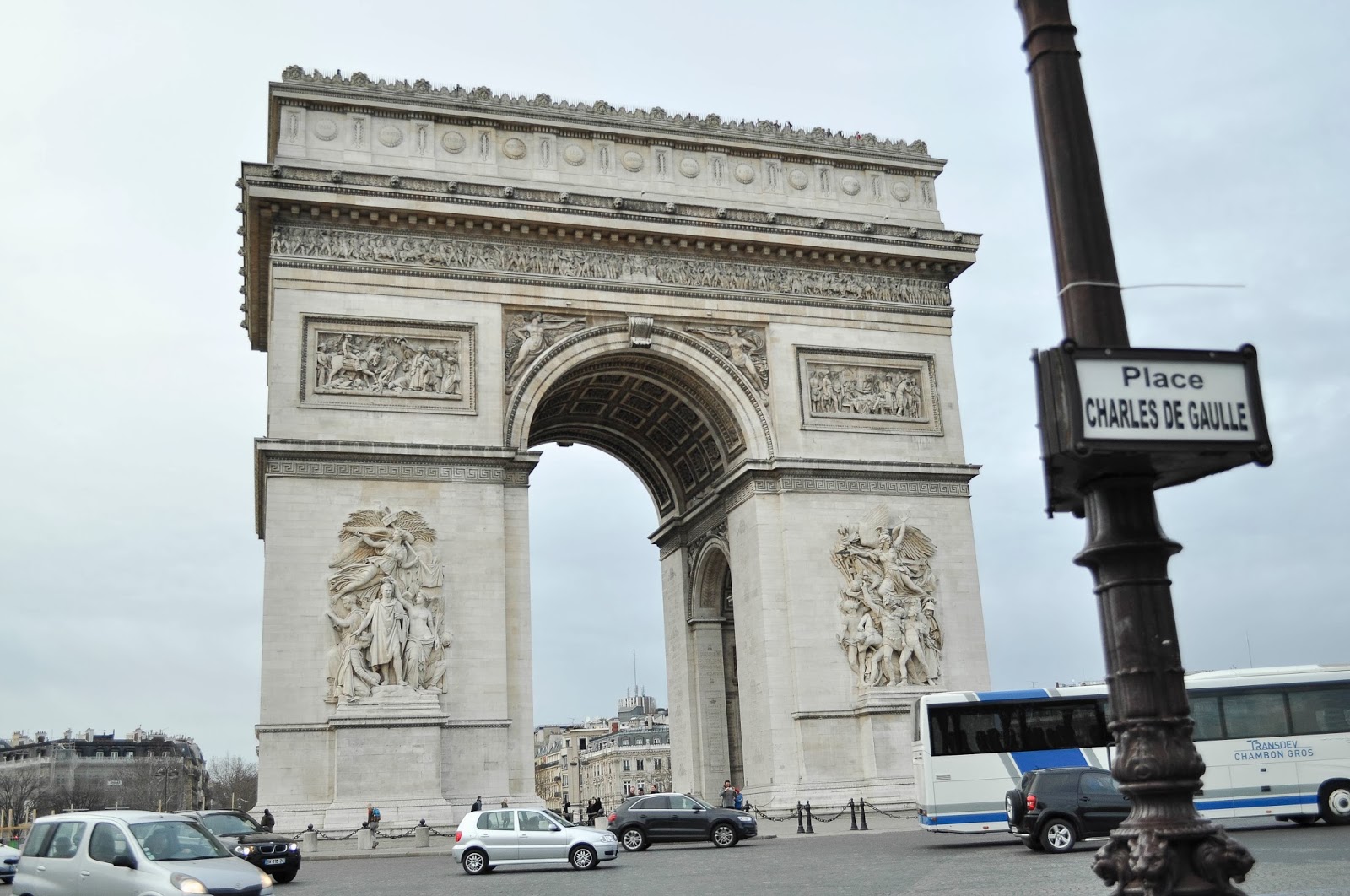 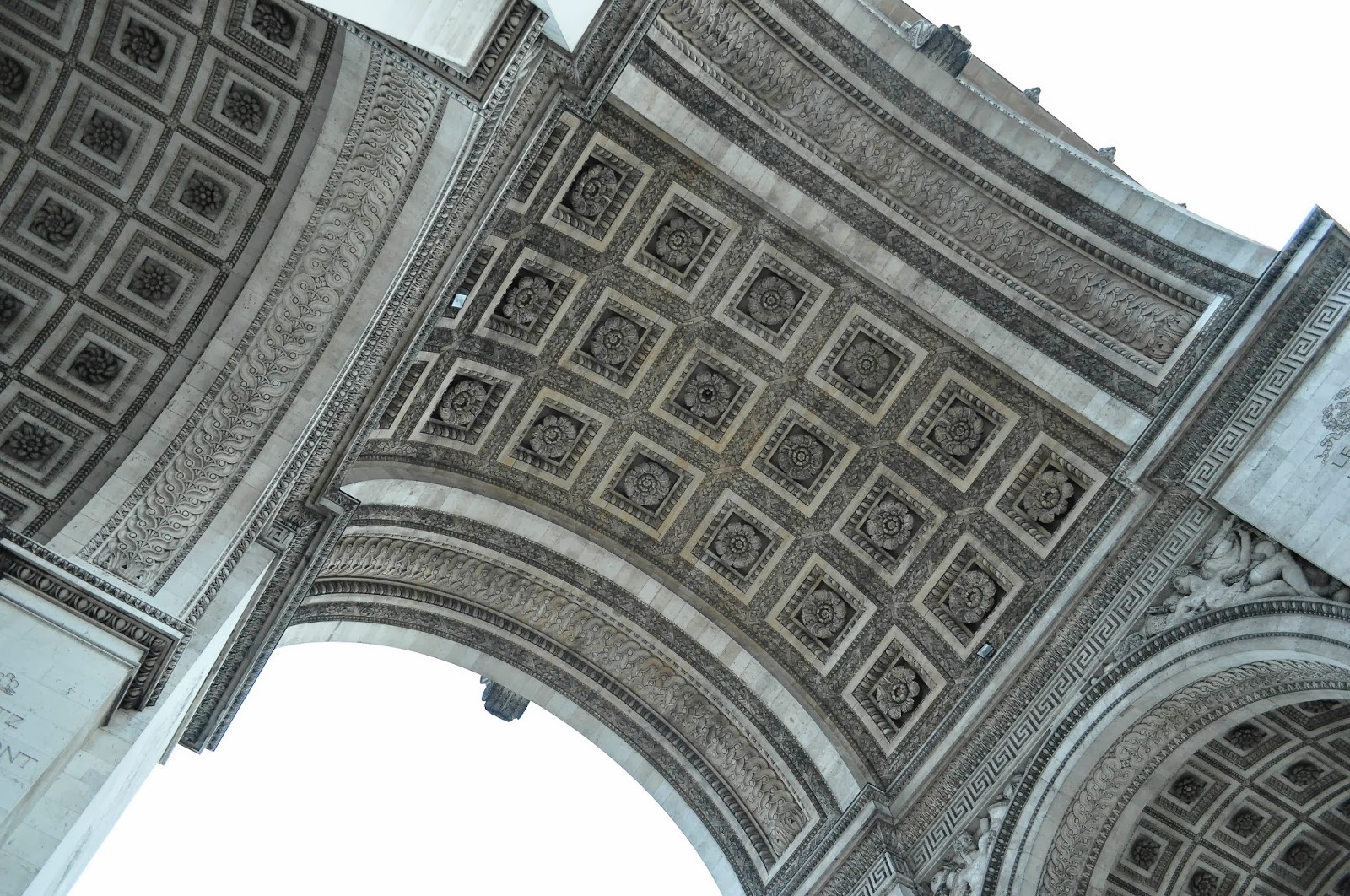 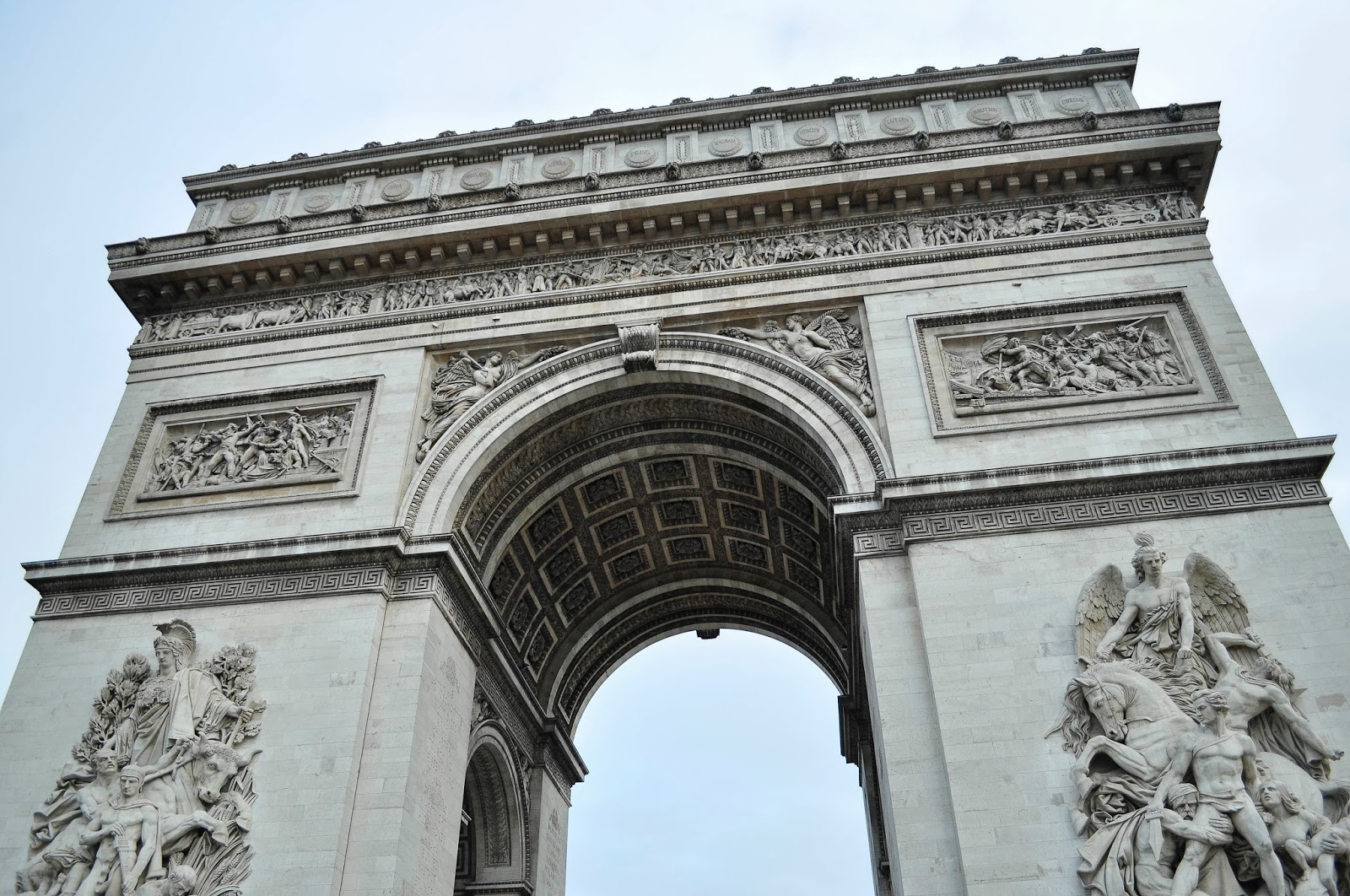 A great shot of the tower lit up at night from across the Seine river. It was twinkling, which the picture doesn't capture 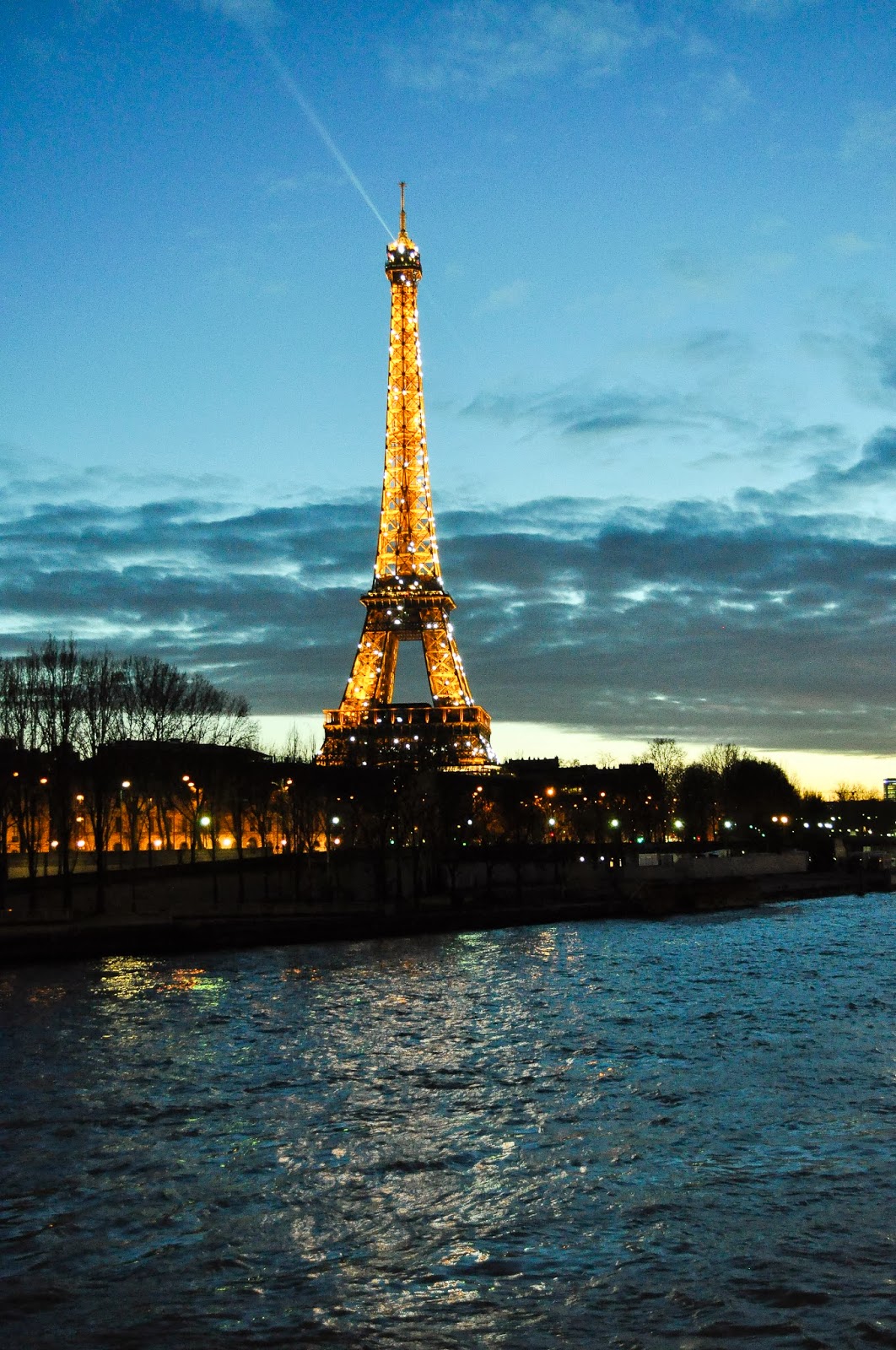 The Notre Dame! We took a cab from our hotel to see this cathedral. When we pulled up, I was disappointed. From the outside, it was underwhelming for me. I'm really not sure what I expected because it's a beautiful church. Mark and I decided to go inside since it was free to enter. Let me tell you...I am so very glad we did! I didn't take a lot of pictures because I was so busy absorbing every inch of this magnificent structure. 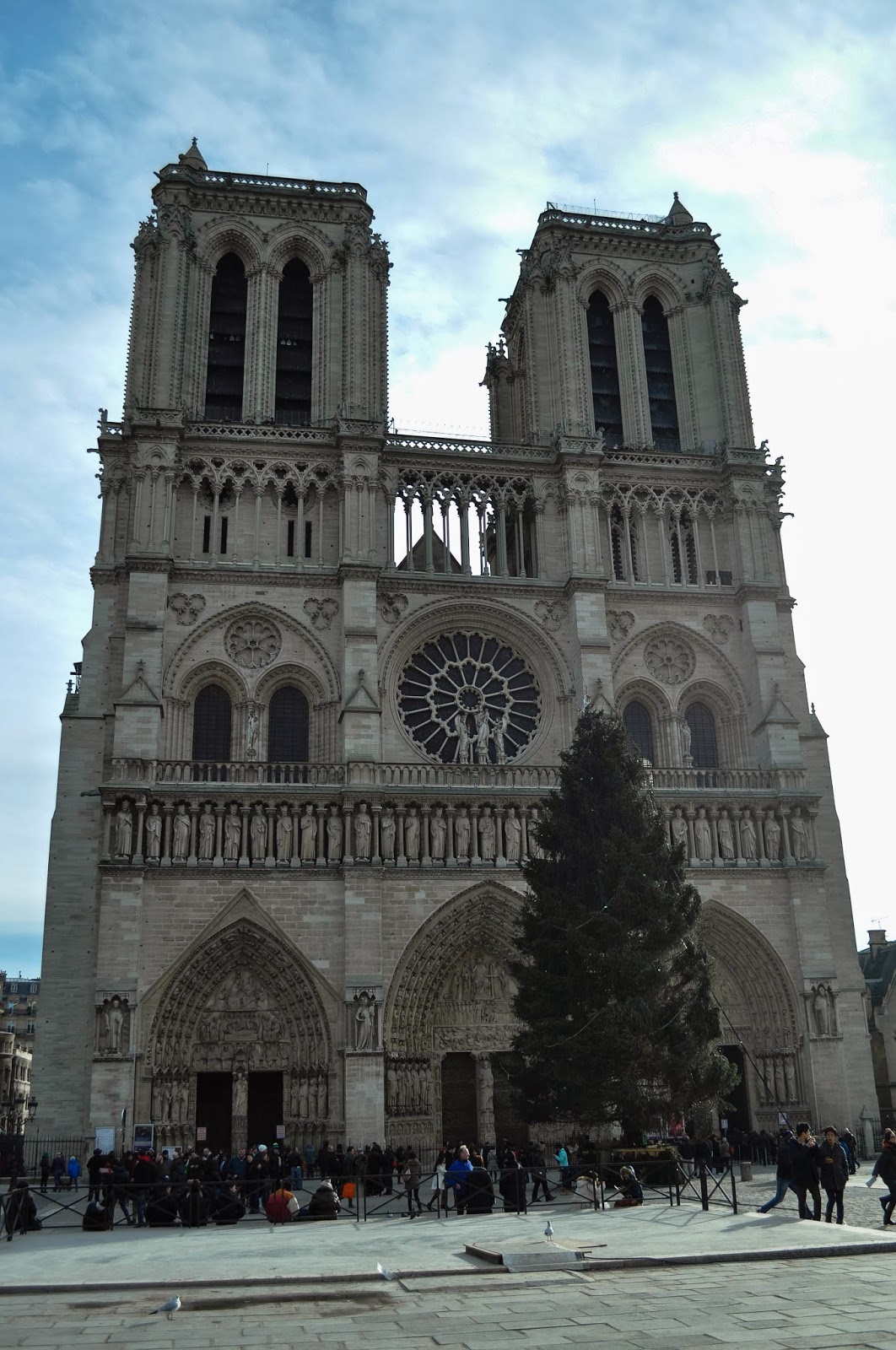 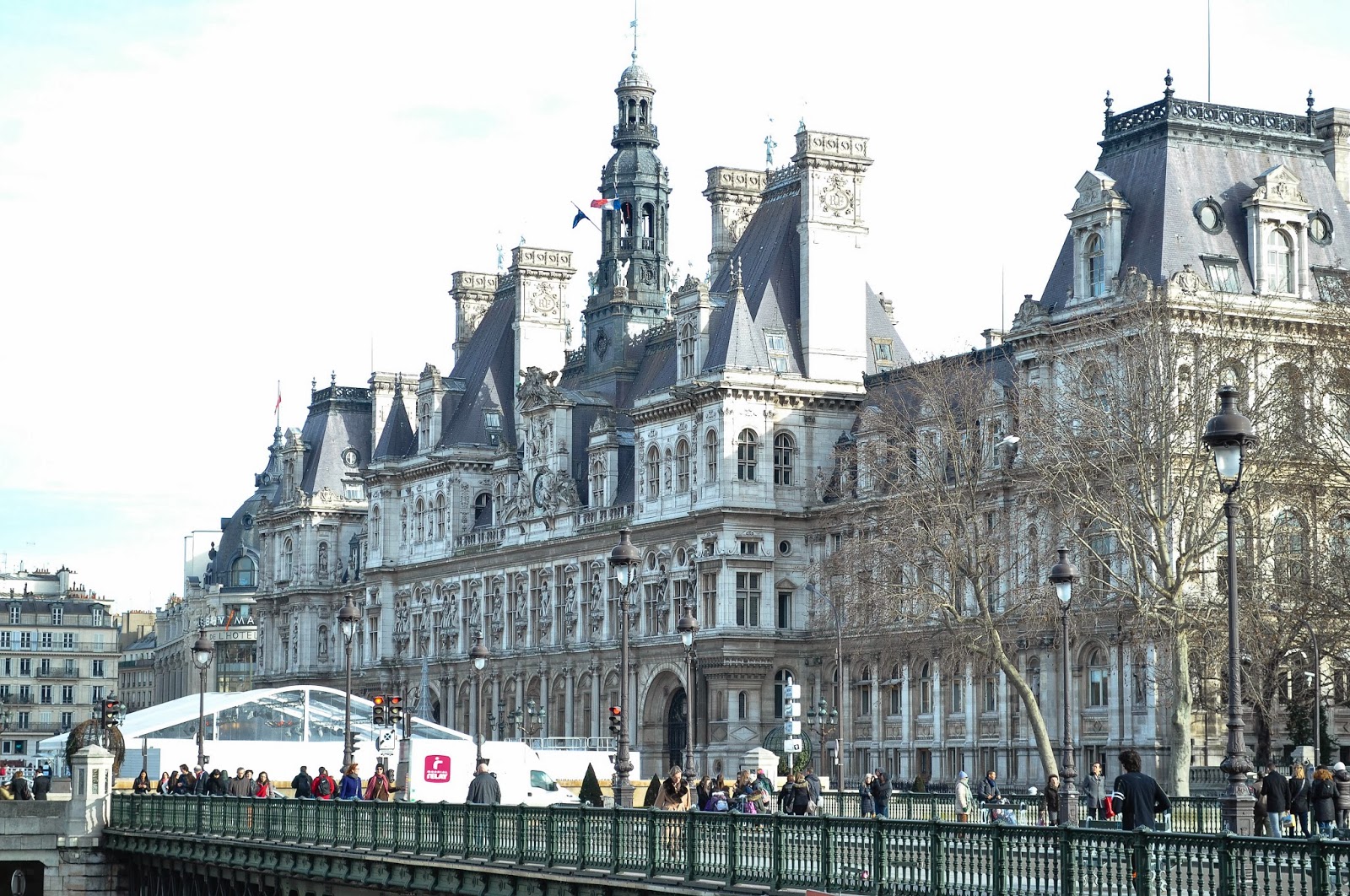 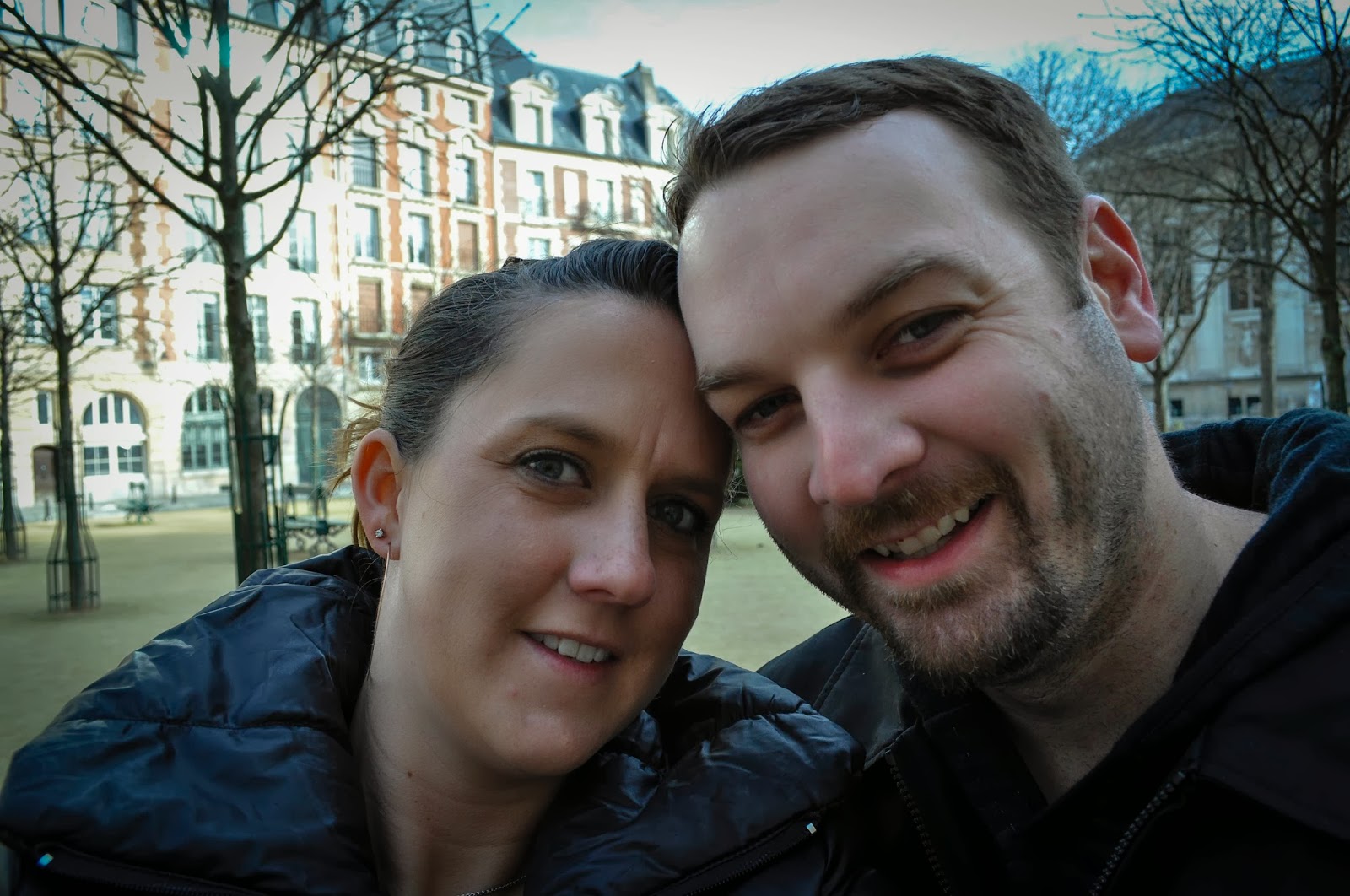 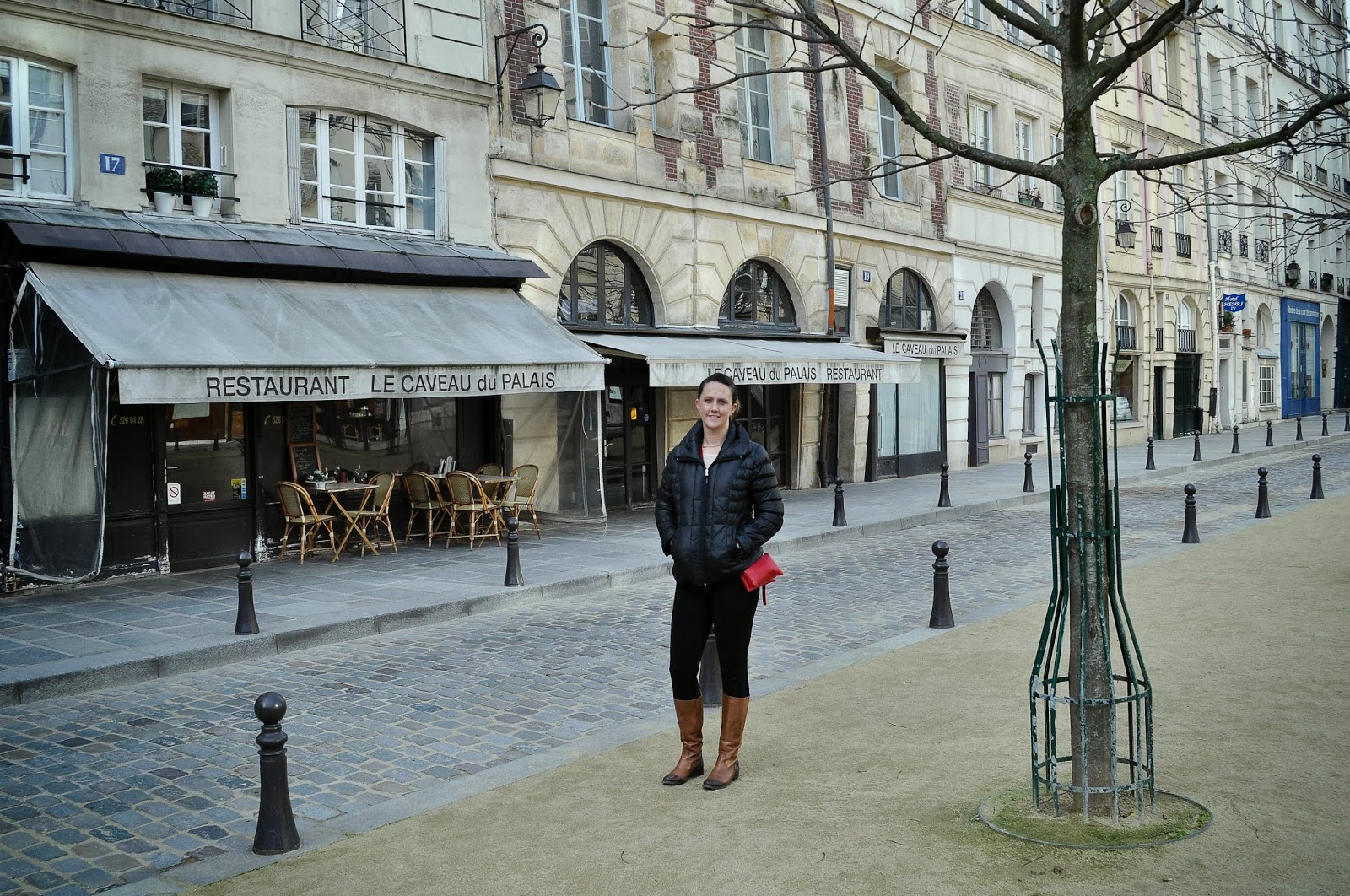 Saint-Chapelle was very beautiful. I'm not sure it was worth the money to get it. Unless you consider that they are currently working to restore this beautiful piece of history and your entrance fee is obviously helping with that. It dates back to the 1200's!

We didn't actually tour the Louvre. I had seen some of the art work on tour in Houston years ago. Since we didn't have much time and the Louvre could take days to see a decent portion, we decided to just marvel at the outside. 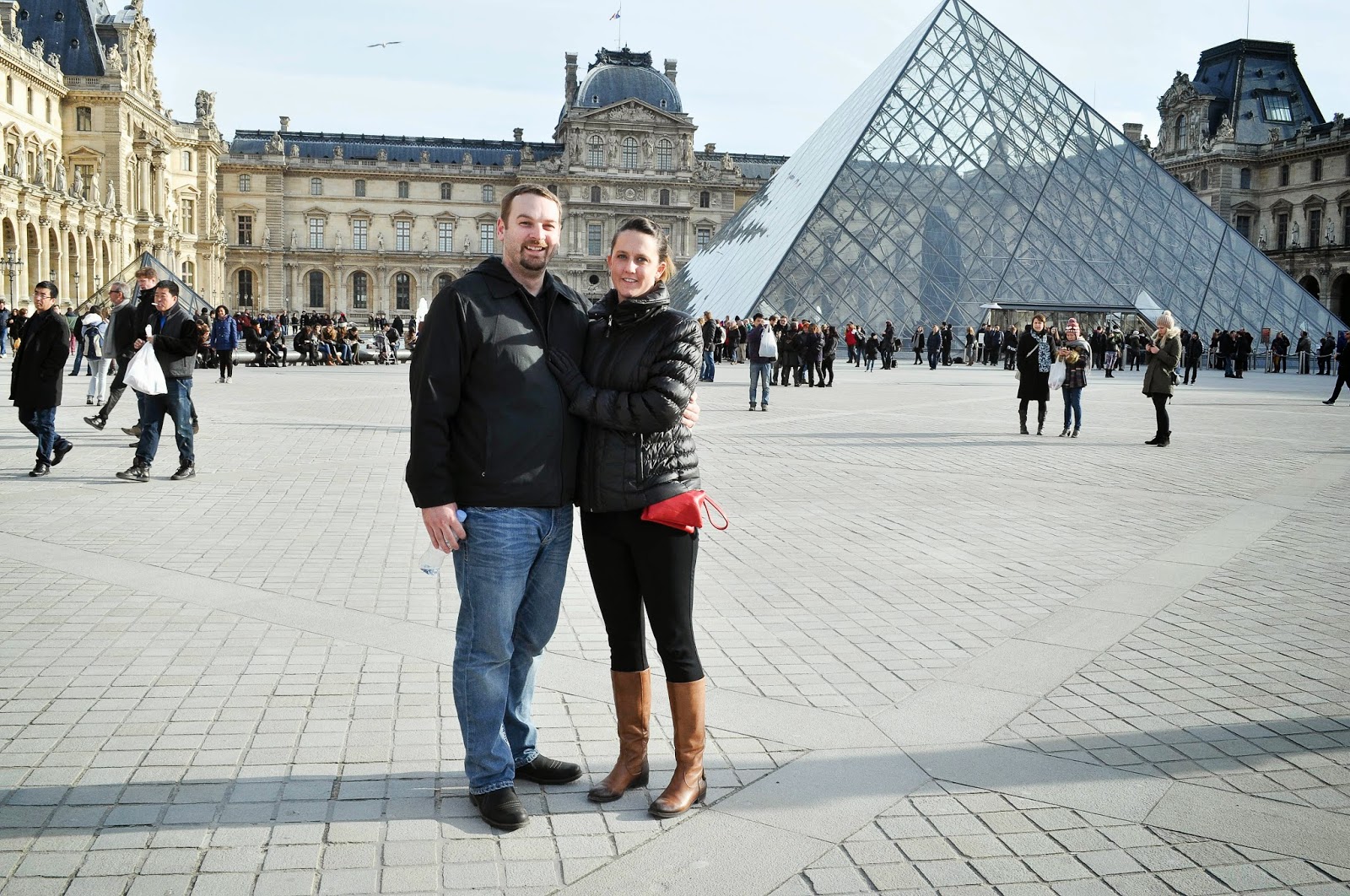 We stopped at Love lock bridge. We bought a lock from some stranger, wrote our names, the names of our girls and the year. Then we snapped the lock on the bridge and threw the key into the Seine.

Paris was such a fun city. I always swore that I never wanted to visit. But, I'm so glad I did. I hope to go back someday.

I do have to share a sweet story about Mark. We were walking down the street and a woman (probably 40-50) was coming out of a restaurant/bar to get into a cab. She fell because she was pretty hammered. Mark walked over, helped her up and into the cab. She never said a word to him or even looked at him. But it was so sweet! We laughed about it a lot. Not her falling...just the fact that she didn't say anything. She probably had to go home and wash the "American" off her...haha.